A very large pair of late 19th Century Japanese Hirado export blue and white vases
The body of the vases painted with a wonderfully sketchy land and seascapes with houses, figures and boats. This style of painting derives from the Chinese early Ming period paper scroll painting. The Chinese also decorated their porcelain in this style in the 15th-16th Century with much of it exported to Japan. The butterfly motifs are a typical Victorian motif and would have been used as a commission from or to appeal to a Western client.

Hirado porcelain refers to Japanese porcelain mostly made at kilns at Mikawachi, Sasebo, Nagasaki and is therefore also known as Mikawachi ware.

Condition: The condition of one of the vases is very good but the other has extensive damage to one of the butterflies, a small amount of damage to the other and some hairline cracks visible around the neck. They remain an extremely effective and attractive pair of vases. 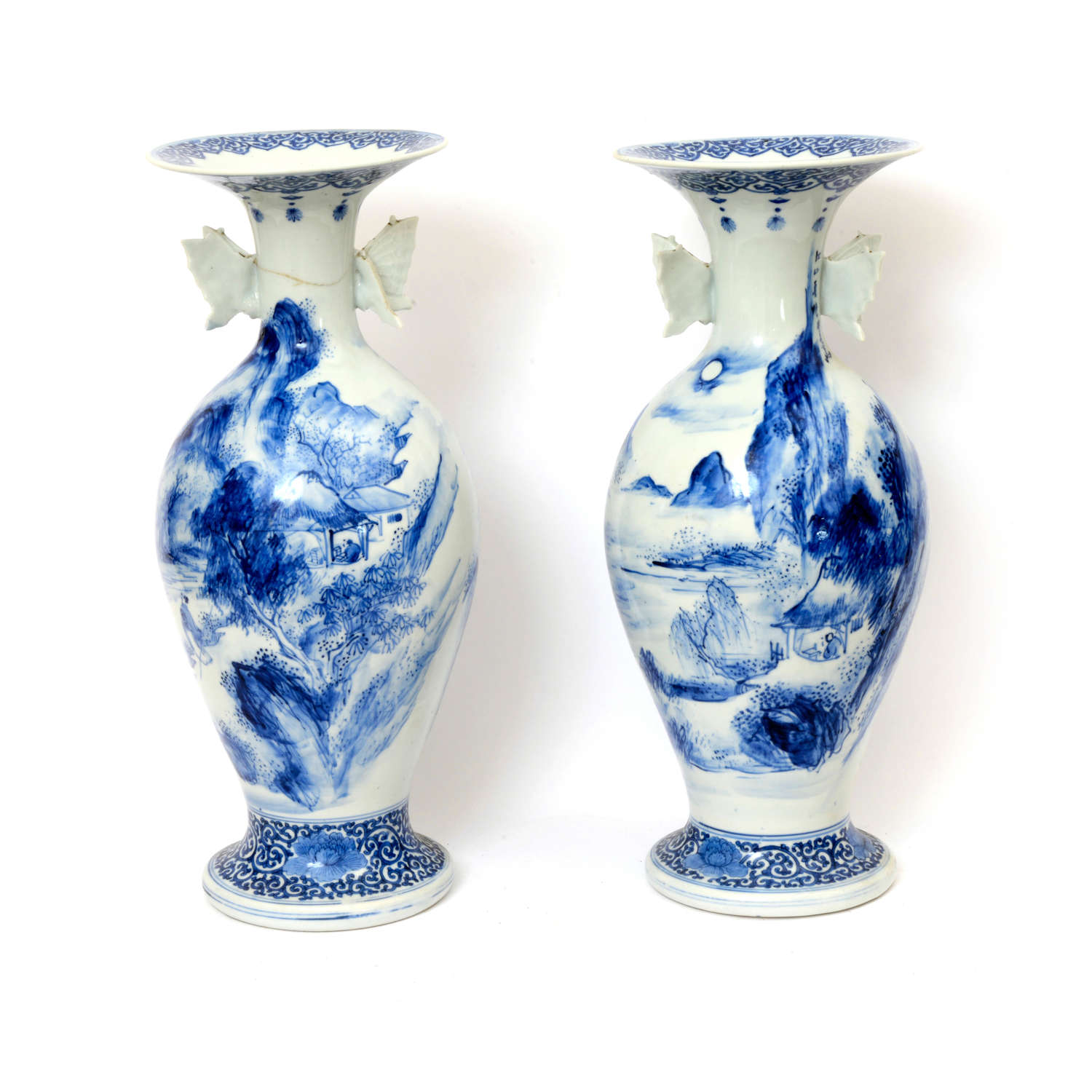 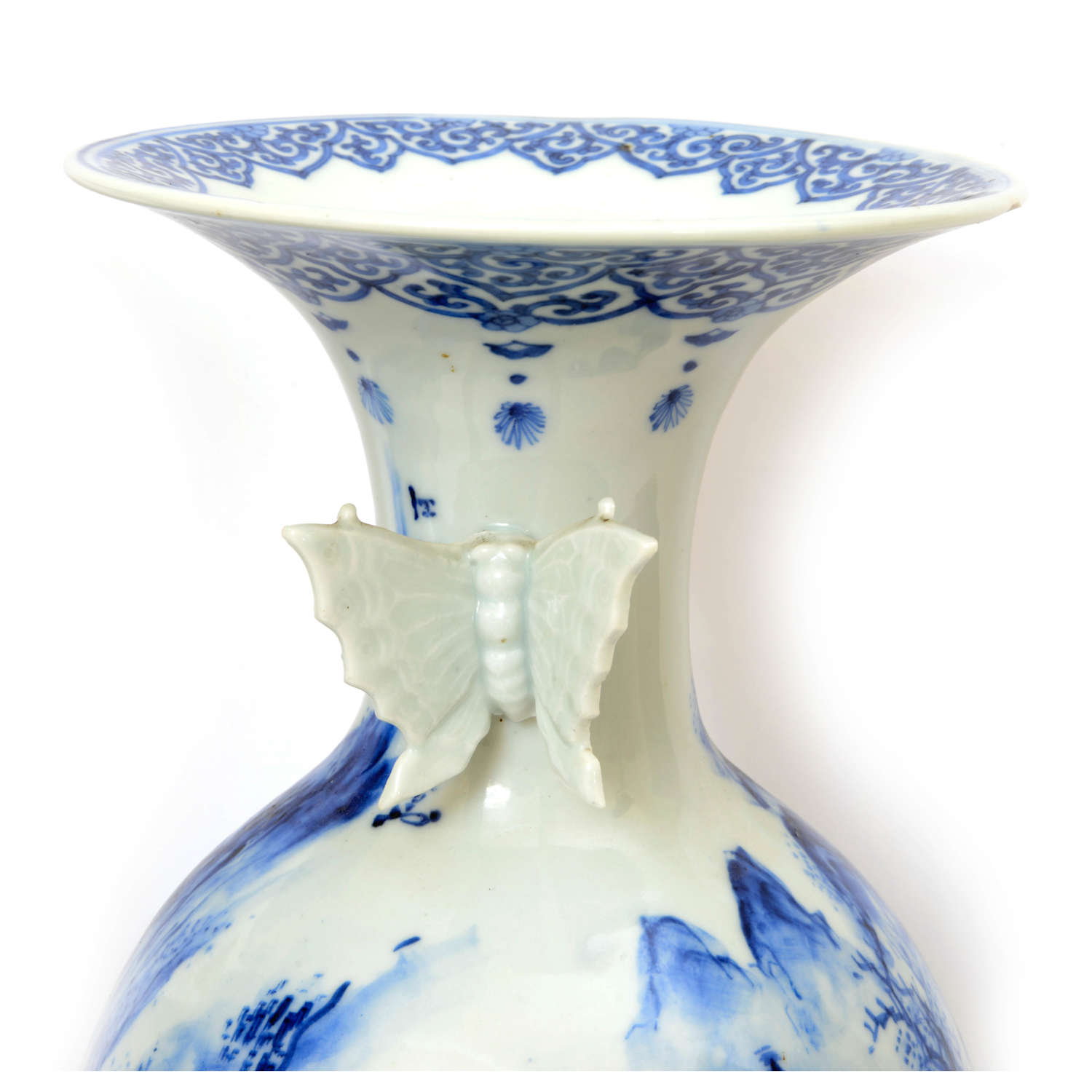 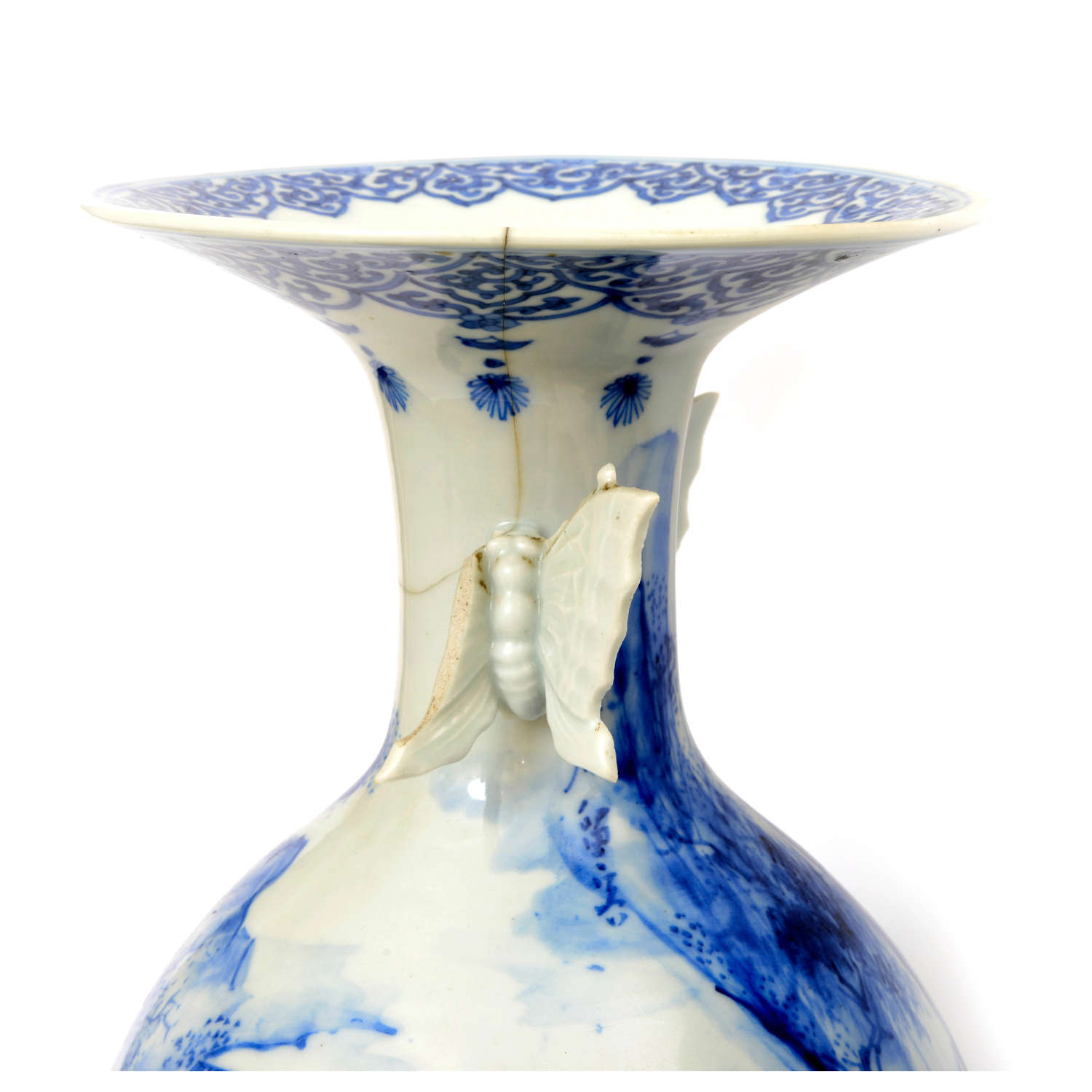 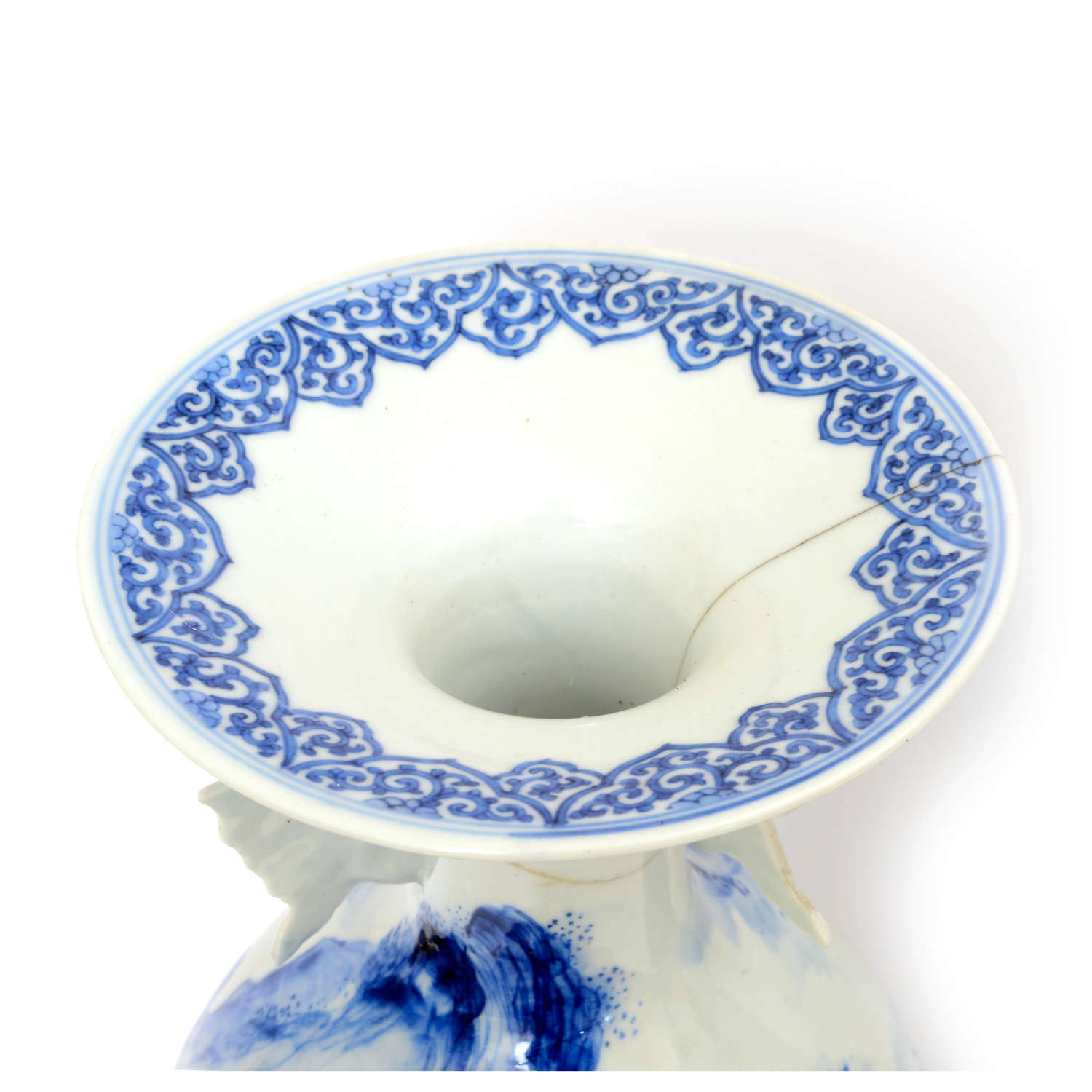 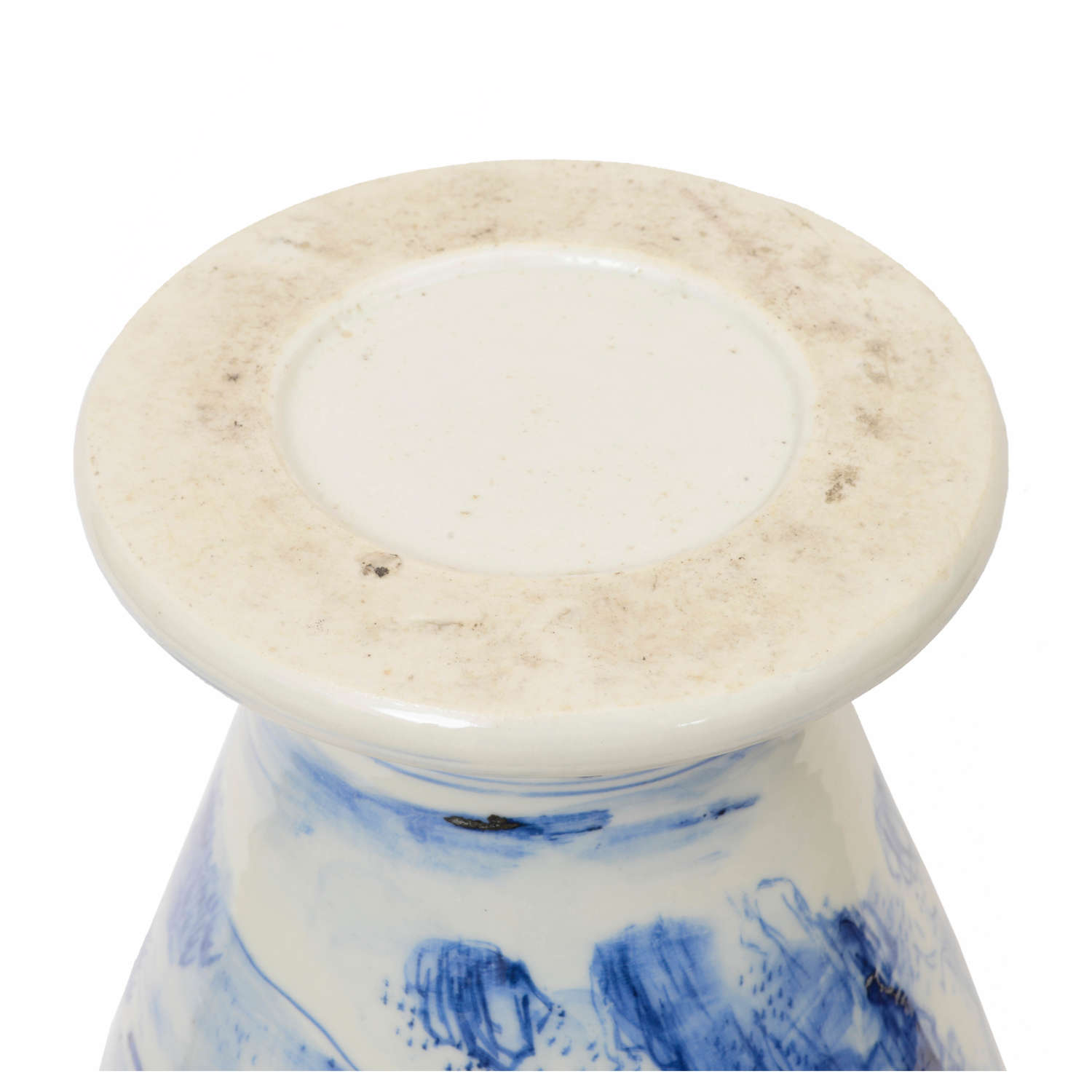 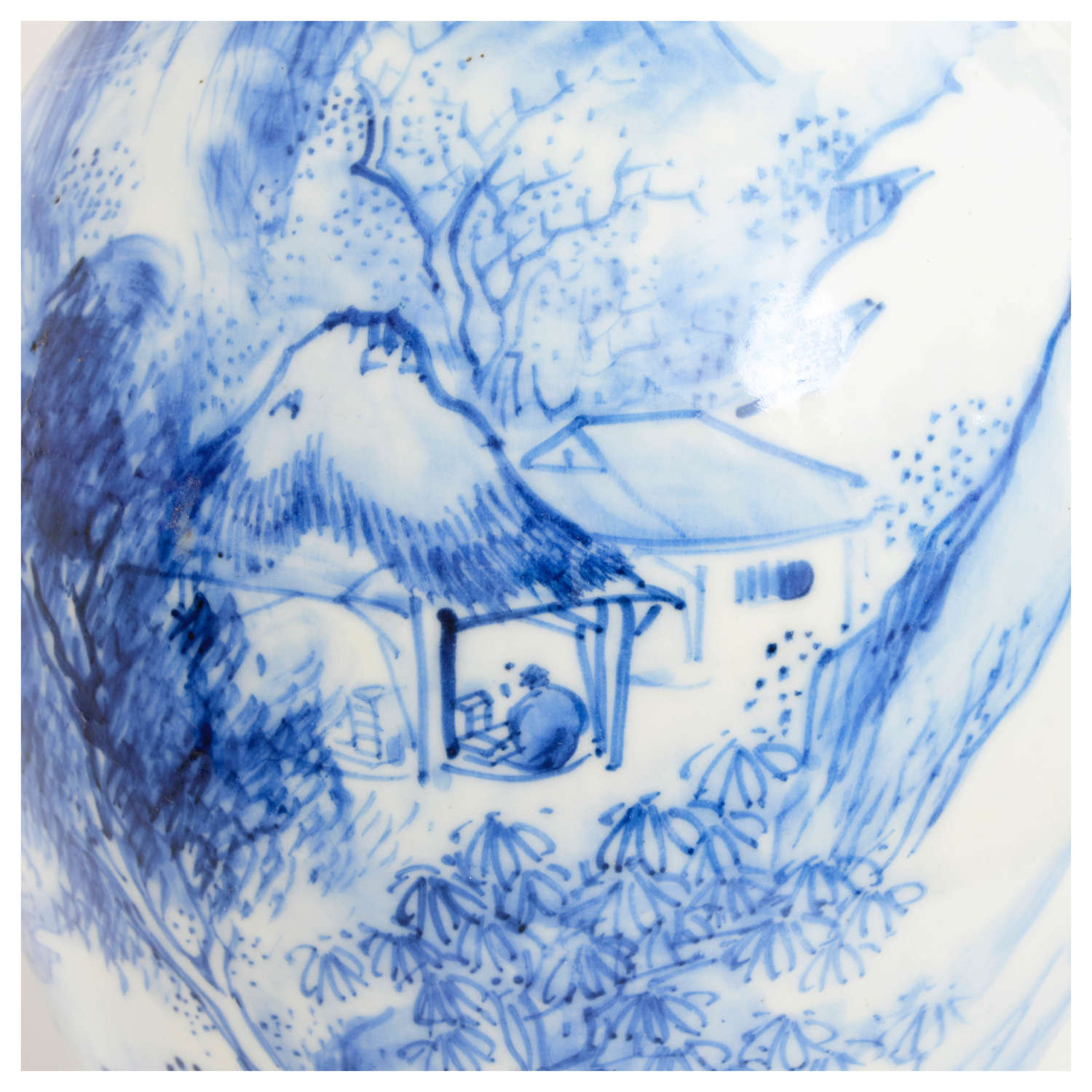 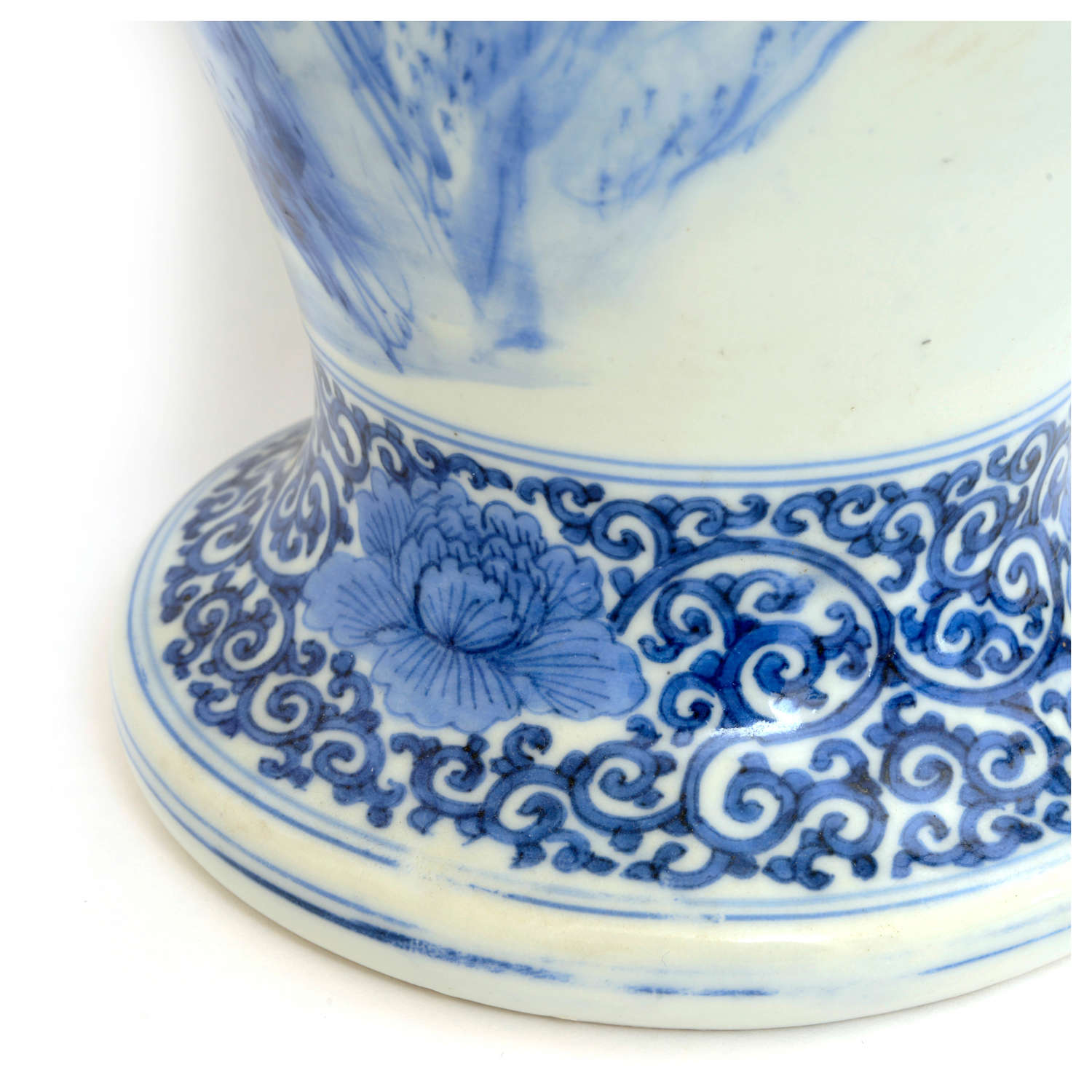