A portrait of the stud greyhound Tom Spring, born 1850, by Winspiel out of Bessy Bedlam, the property of Squire Gill, of Cumrew, Cumberland (label to verso). Tom Spring’s notable win at Brampton is recounted in The Carlisle Patriot, Saturday, November 12, 1853. “The Deciding Heat came off on Greenside Rigg, about five miles from Brampton, a farm of mr Robert Tweiddle.  The betting was decidedly in favour of Mr G Thompson’s Telemachus, but the result showed that fallibility of human judgment, for, in a very long decisive course he was beaten by Tom Spring… winner of the first thirty-two dogs’ stake ever run at Brampton… After the coursing was over Mr Gill, the winner, entertained friends to a dinner and champagne ad libatum, at the Howard’s Arms Inn, Brampton.” James Armstrong from Gretna Green, Carlisle, painted portraits of many greyhounds, especially studs and winners of the Waterloo Cup.  This study dates from the early days of the running of the cup which commenced in 1936 and ran till 2005.  It was the biggest annual hare coursing event in the UK and the blue riband event of the coursing calendar.   The three day event was run at Great Altar in Lancashire and was a knock-out tournament between 64 coursing greyhounds, it would attract crowds in their thousands to gamble on the matches. 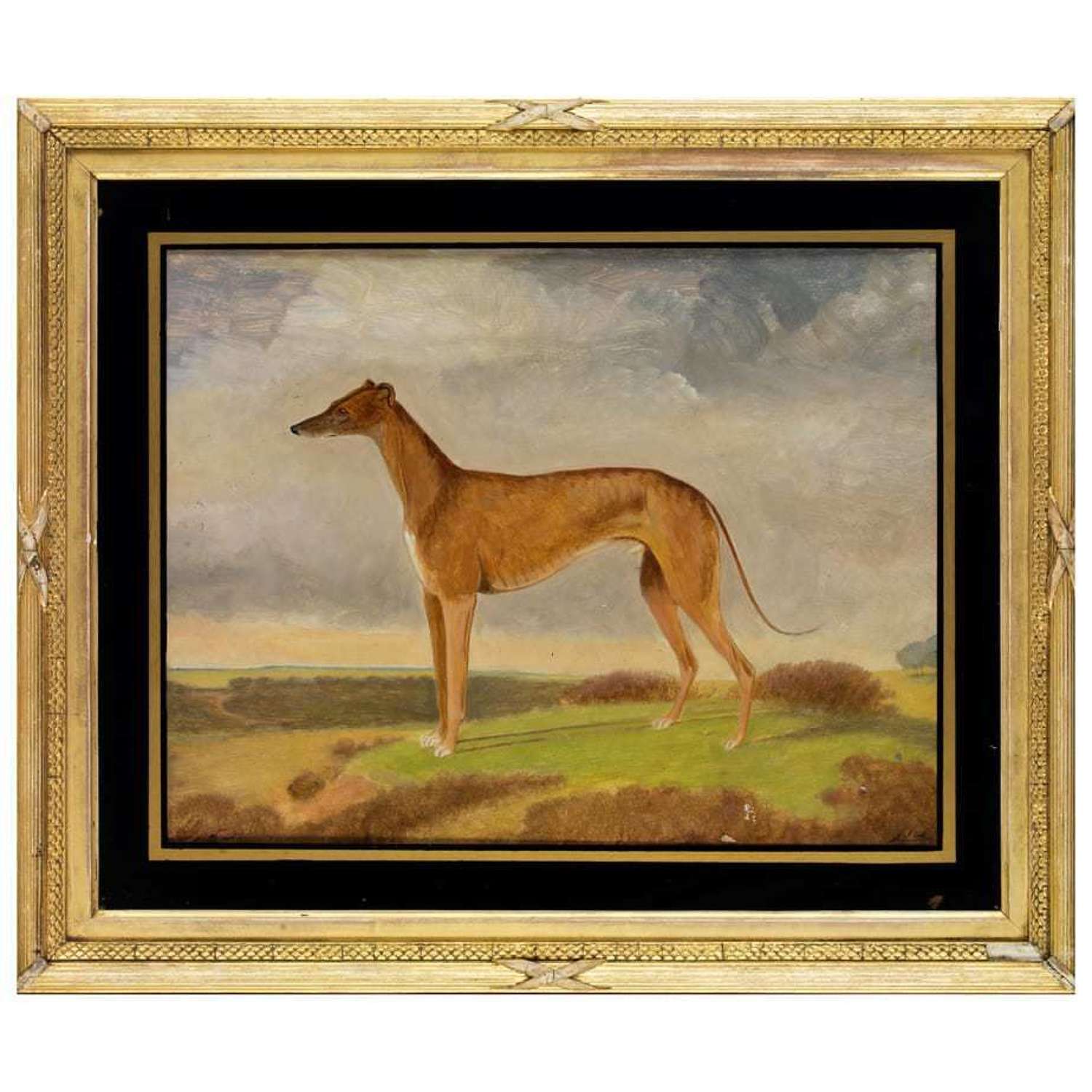 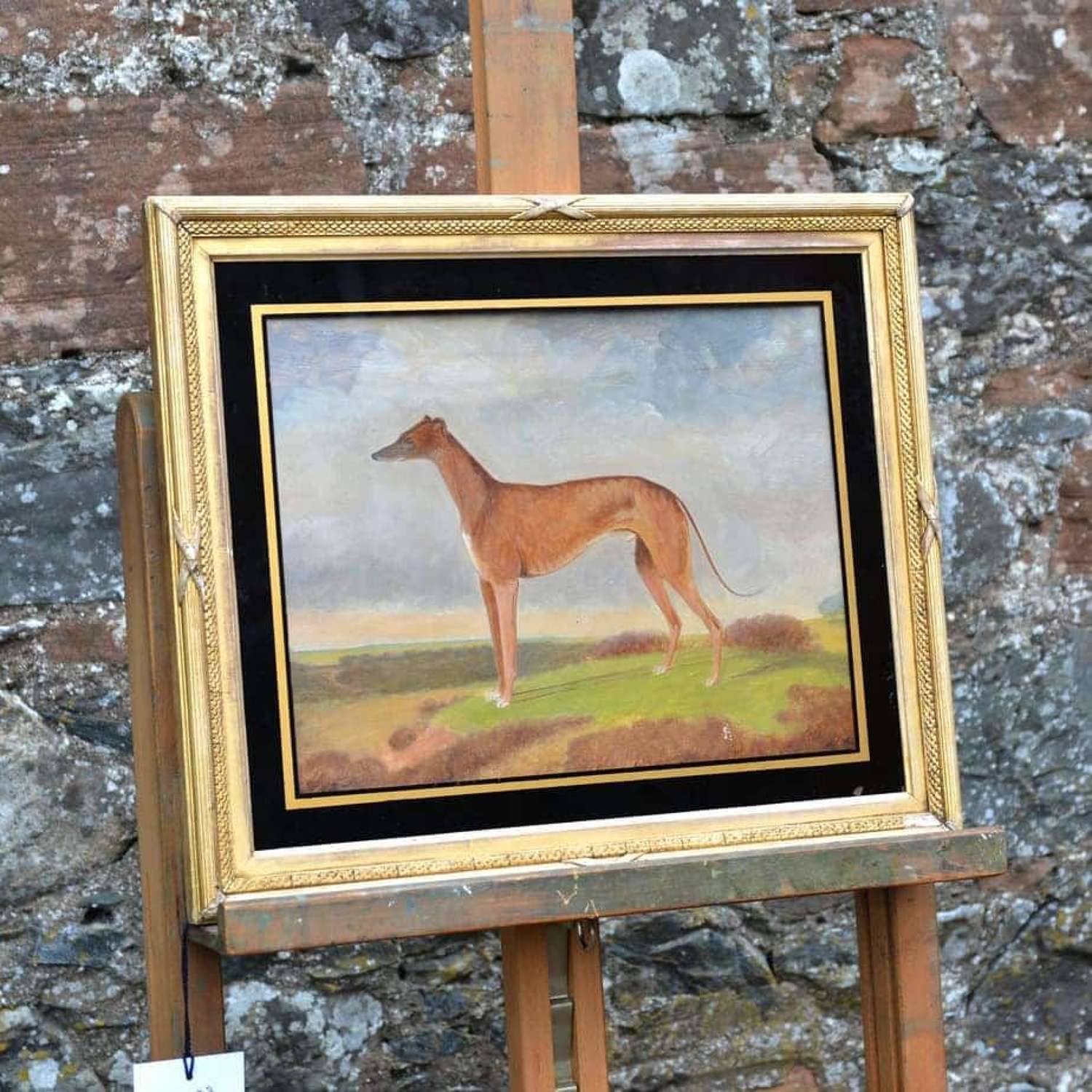