An exceptionally pretty Edwardian Monteith style silver bowl
The scrolling rim with cherub faces, half fluted bowl and pedestal foot all in the Queen Anne style. Signed and with maker's mark for Page, Keen and Pace of Plymouth, hallmarked in London in 1900. Weight: 247grs.

Condition: The bowl has some damage which is not obvious but on closer inspection there is some denting to the foot and one area to the side of the bowl.

The Monteith bowl first appeared in around 1680 and was used by high society as a drinking glass cooler. The bowl would be filled with iced water and drinking glasses hung around the edge by their stem and foot. The bowls however did not get their name from a family of the Scottish aristocracy but from a well-known fantastical Scot by the name of Monsieur Monteith who made his name in the 1600's as a tavern singer. It is said that the edge of his large flamboyant coat resembled the edge of the bowl's design. This Edwardian version of the 17th century bowl is on a much more modest scale than the impressively large originals and is more suited to holding roses or bon bons. 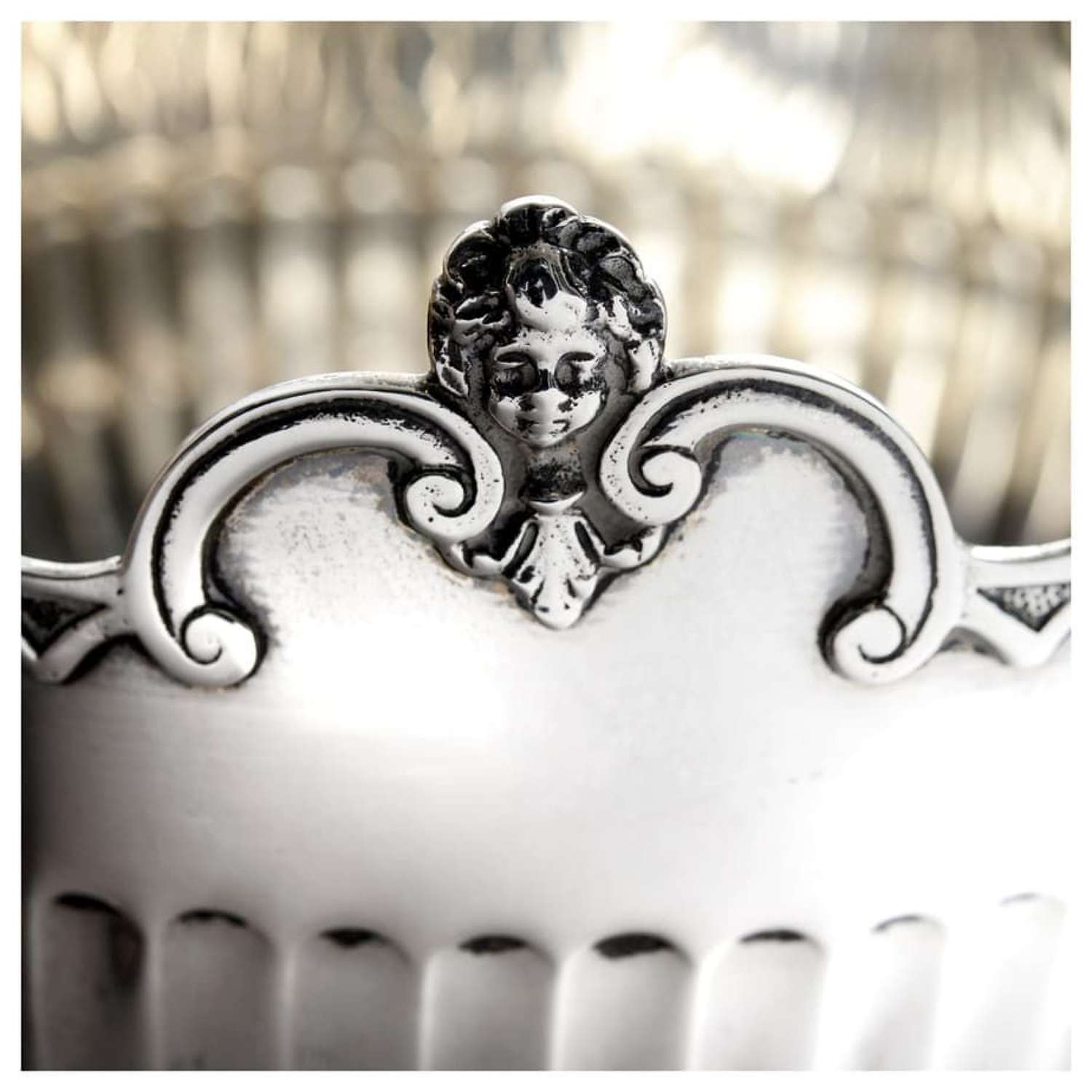 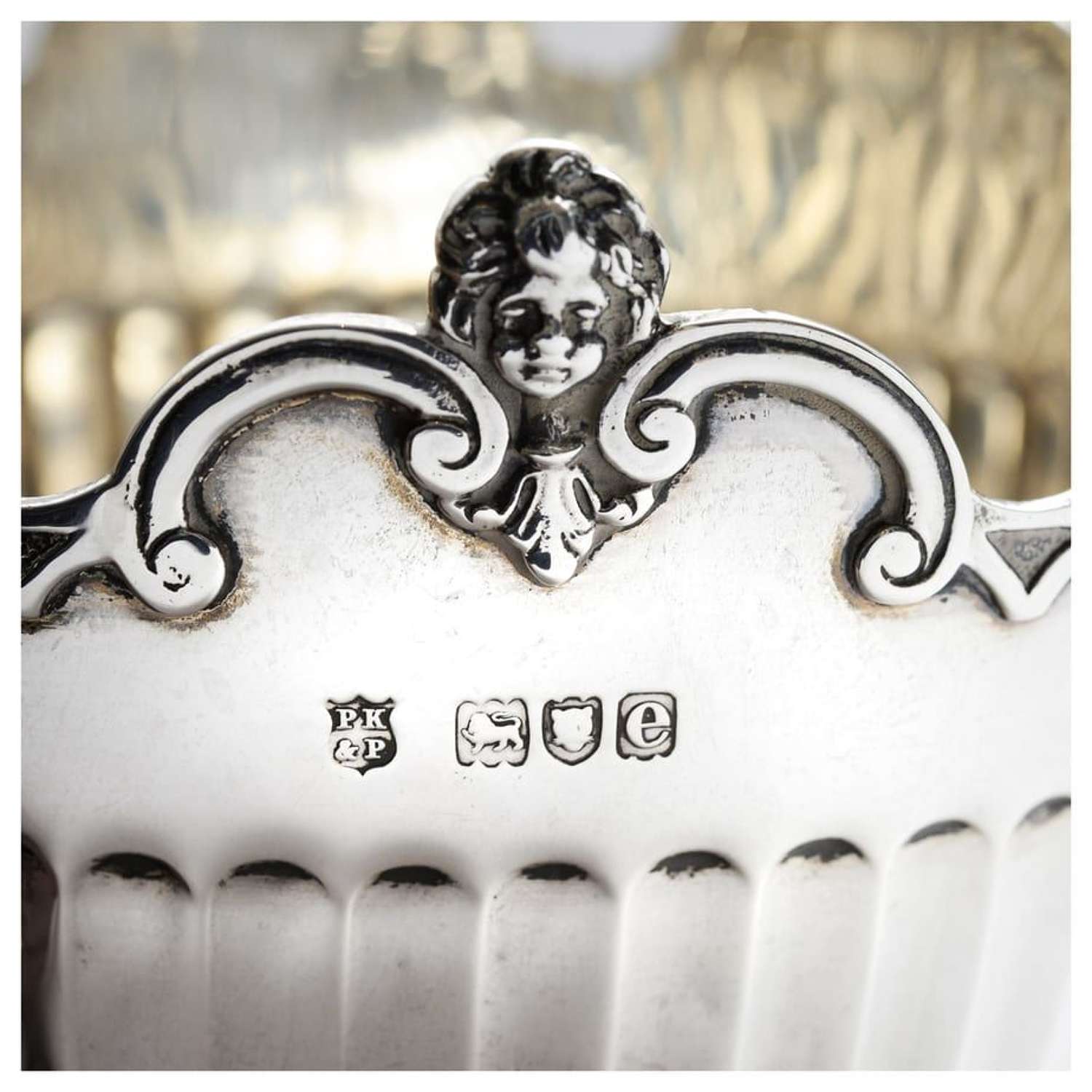 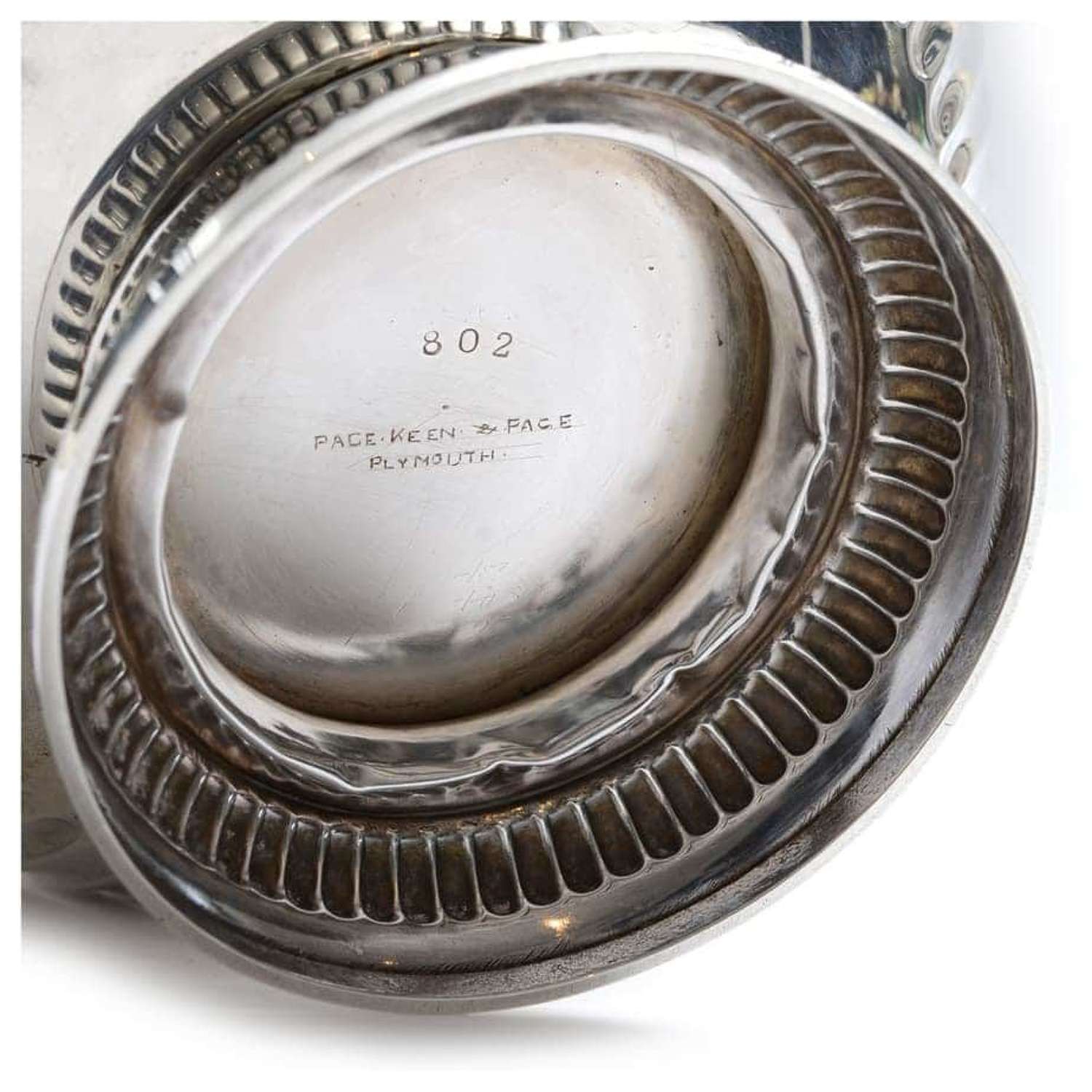