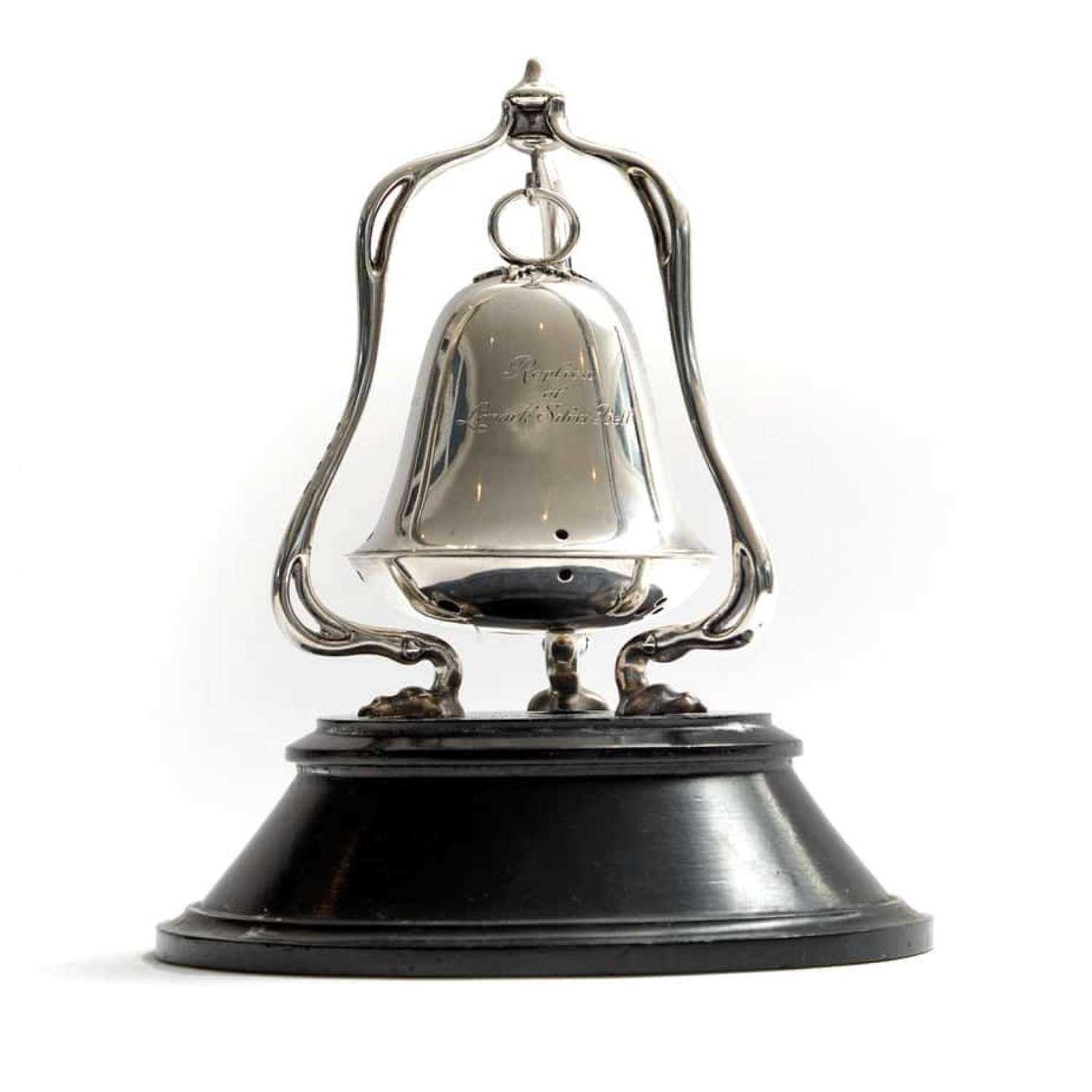 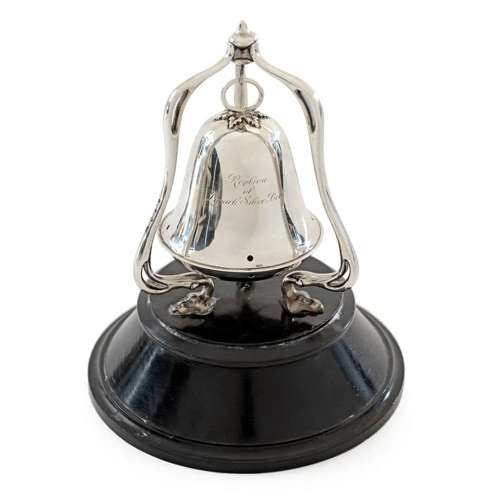 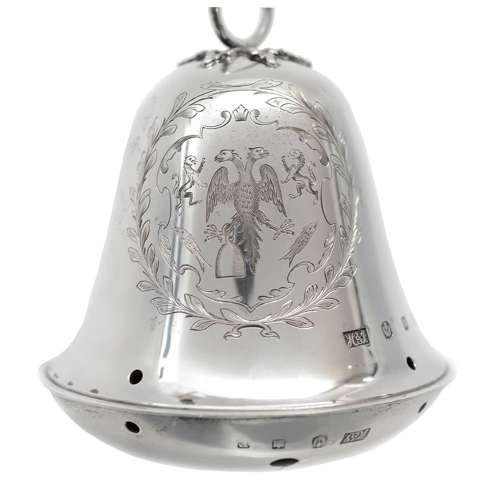 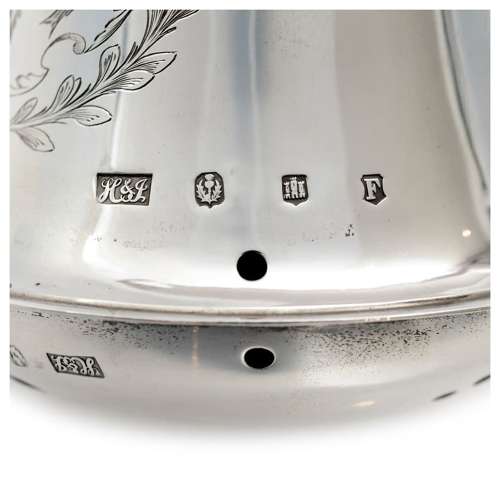 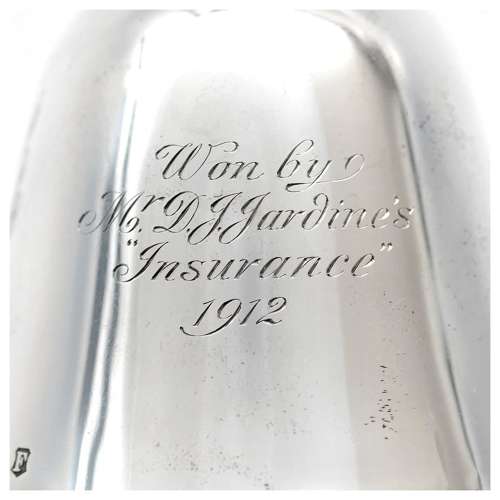 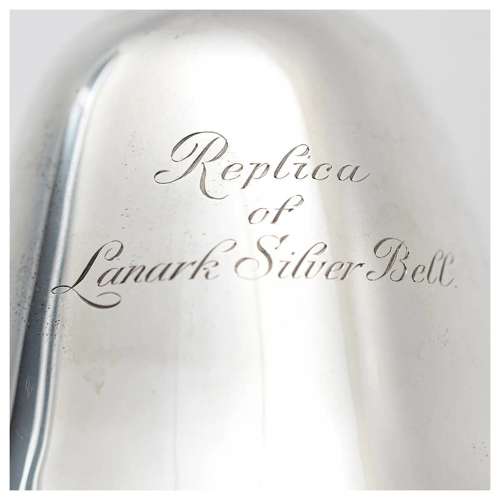 The Lanark Bell silver racing trophy - by Hamilton and Inches

The original Lanark Bell was thought to be a gift from William the Lion to Lanark in 1160. While the whereabouts of this bell is no longer known The Lanark Council commissioned the existing Lanark Bell in 1608 from Edinburgh Silversmith Henry Lindsay. Each winner would have a shield attached to the bell and keep it for a year but after 1903 instead of keeping the original for a year the winner received a replica of which this is an early example having been made by Hamilton and Inches and presented in 1912.