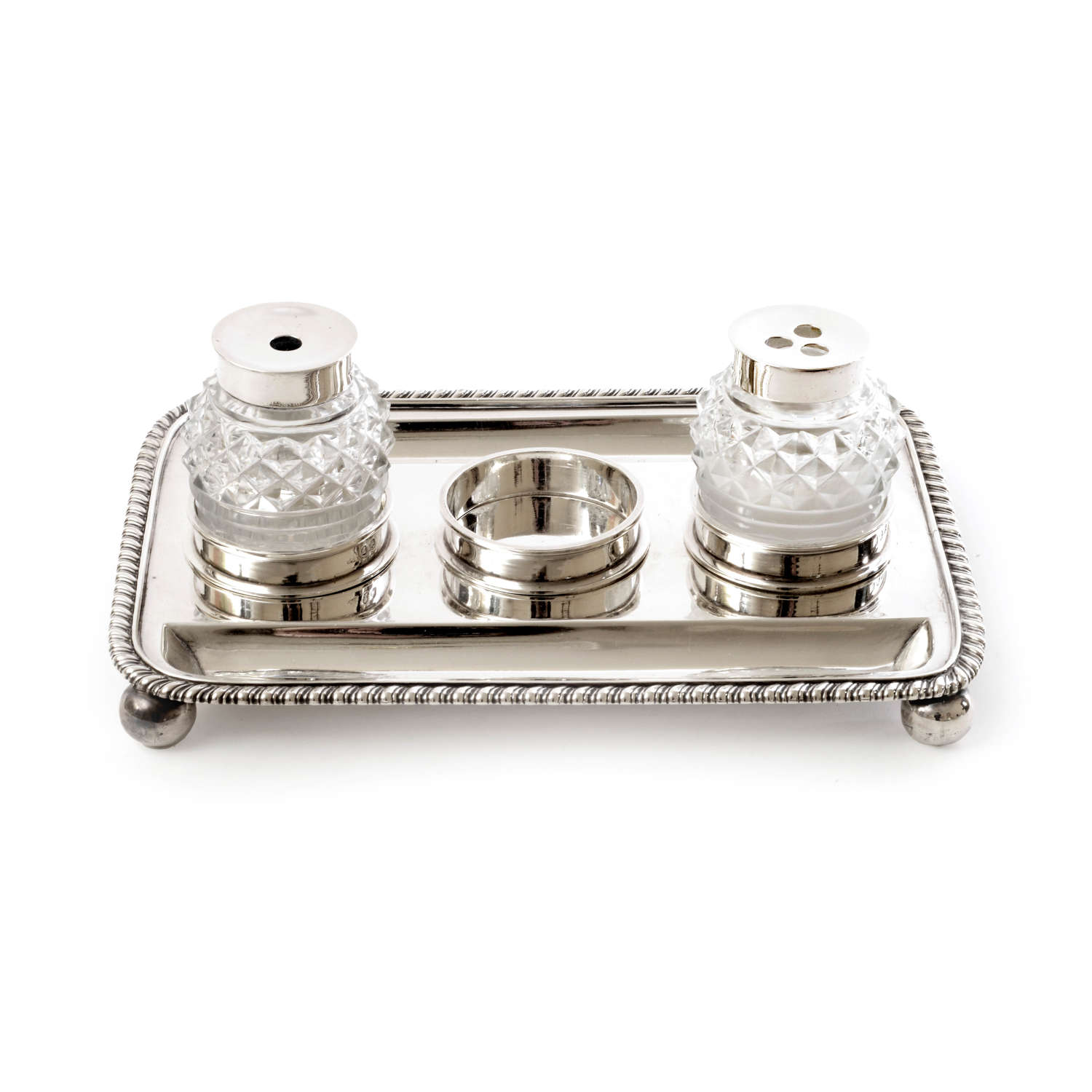 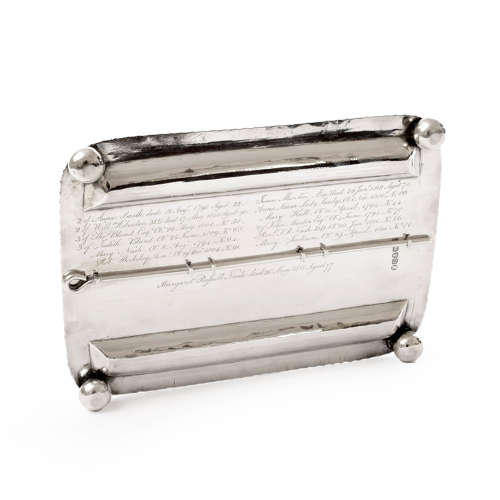 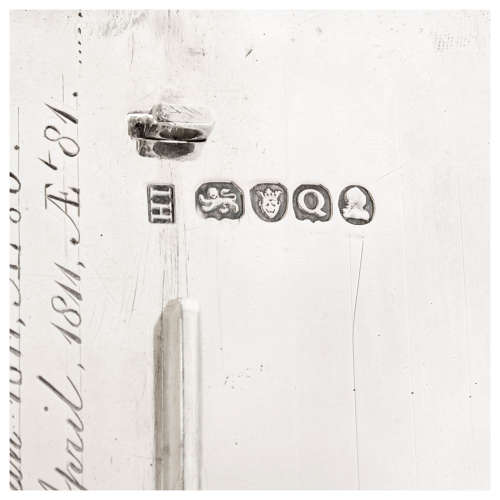 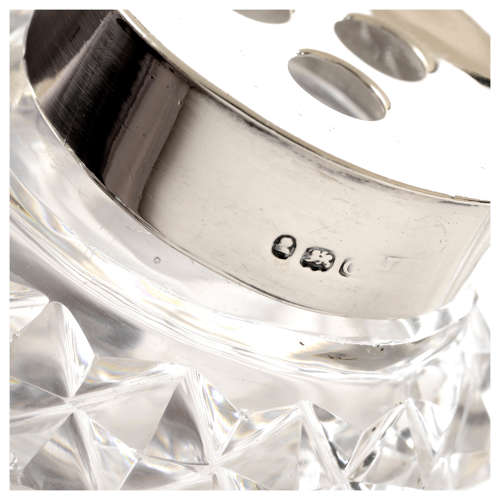 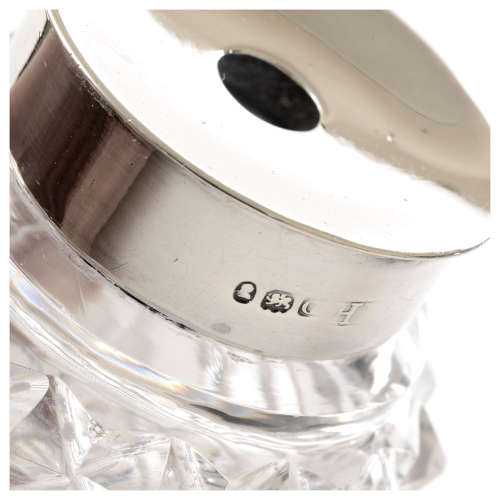 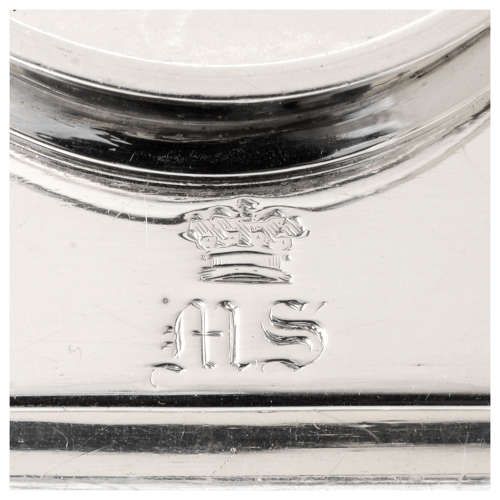 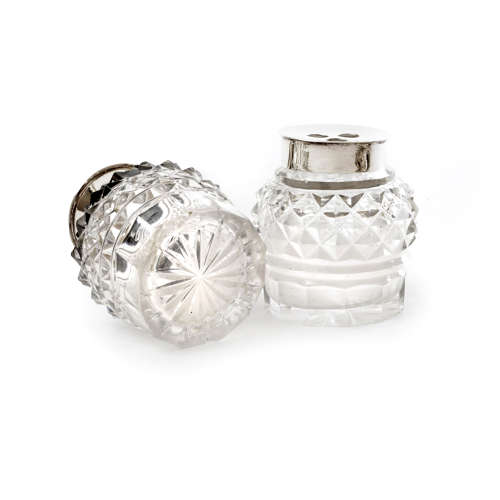 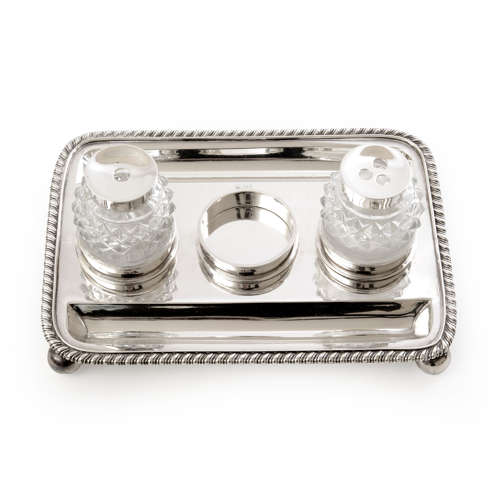 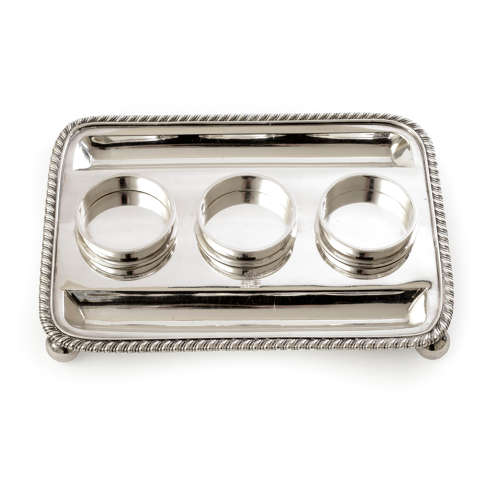 A Regency rectangular silver inkstand with two cut glass ink bottles
the tray with two pen troughs and three detachable bottle rings, the ink bottles with one and three holes (one bottle missing which presumably had two holes). With a reeded edge and four ball feet engraved with a coronet about the monogram M.S. The underside is engraved with an interesting list of various names, dates and ages which appear to be a family register going back to an Anna Smith in 1792 up to a Margaret Russell Nash in 1811. The hallmark is for London in 1811, maker’s mark for John Hawkins.
Weight of silver 475grs.

Condition: One of the bottles is missing its silver collar meaning the lid sits but is not held in place and the glass neck of the bottle is chipped, this does not affect the appearance of the inkwell. There would originally have been three bottles so one has been lost. As the dates engraved on the underside predate the inkstand, with the exception of the last engraving in memory of Margaret Russell Nash, the list must have been completed retrospectively.