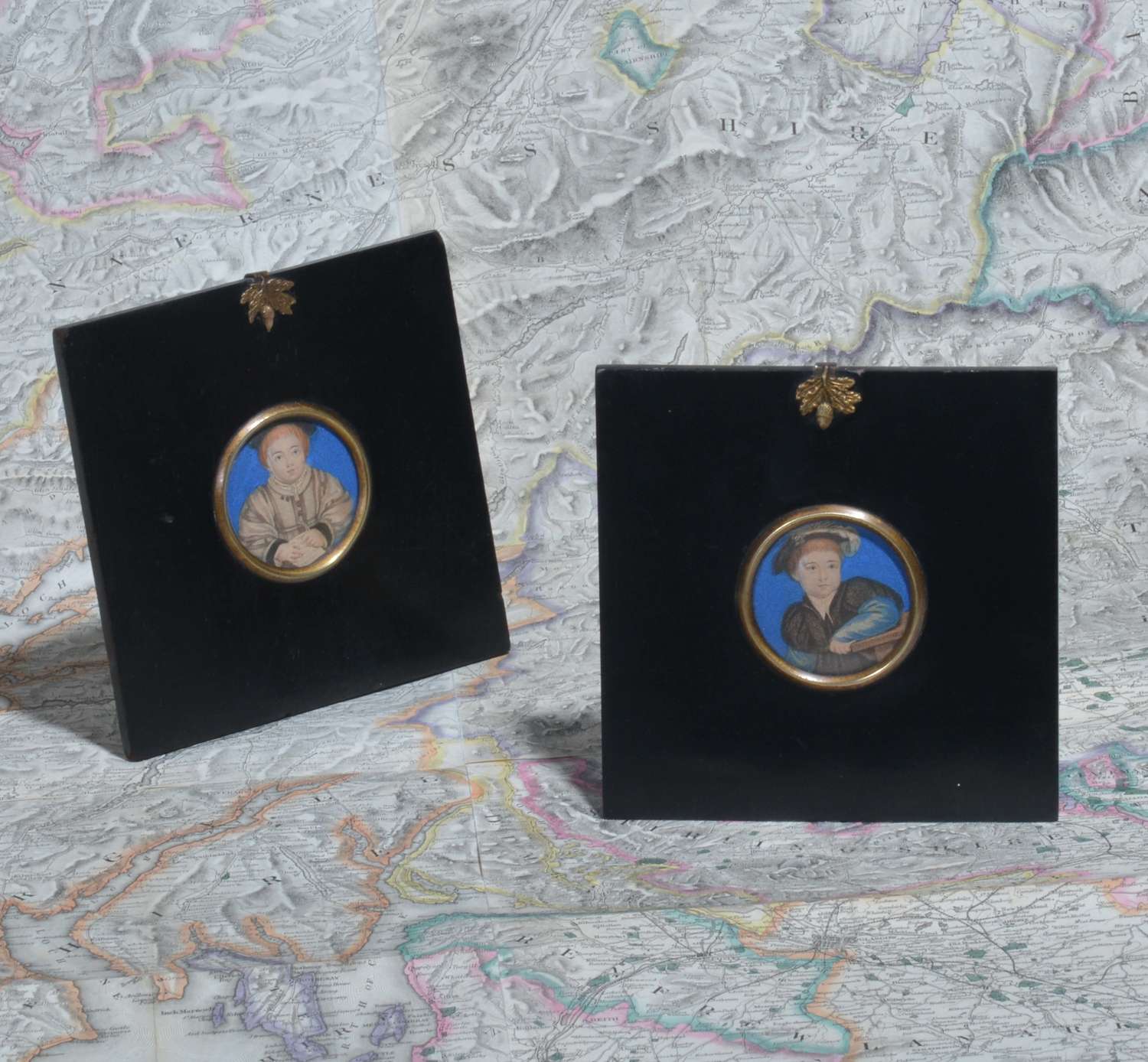 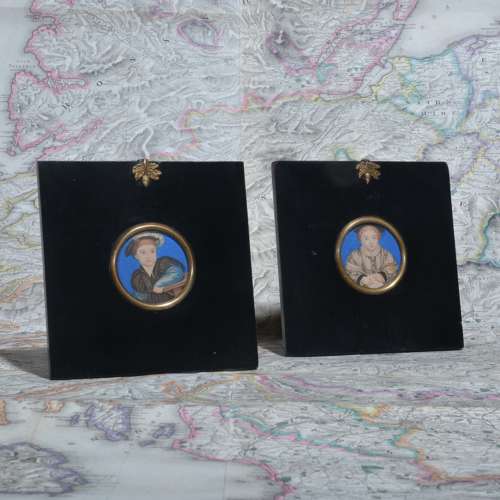 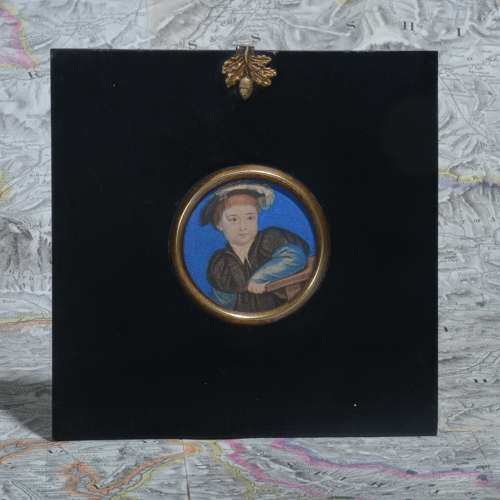 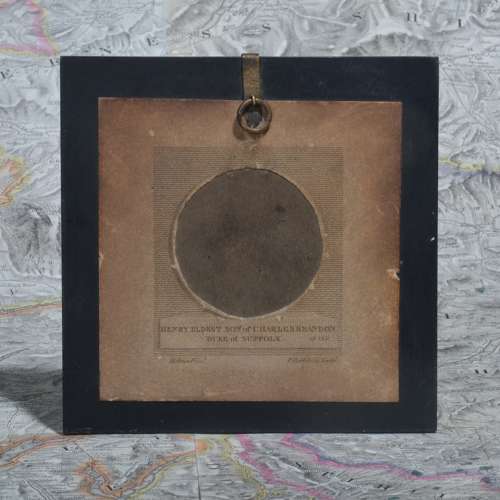 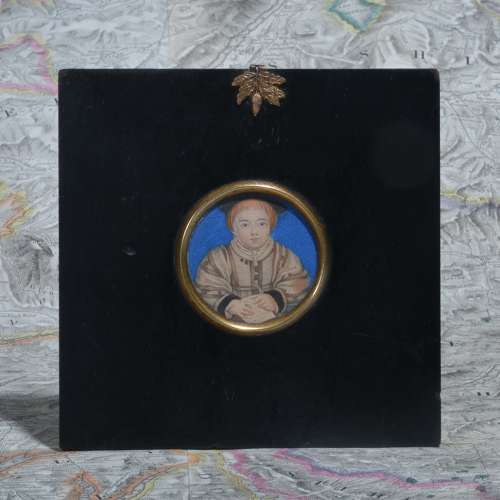 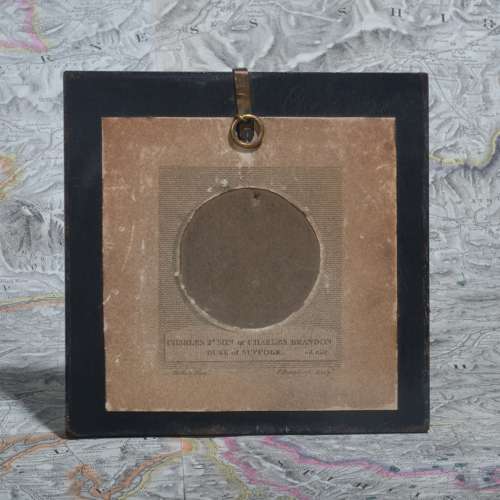 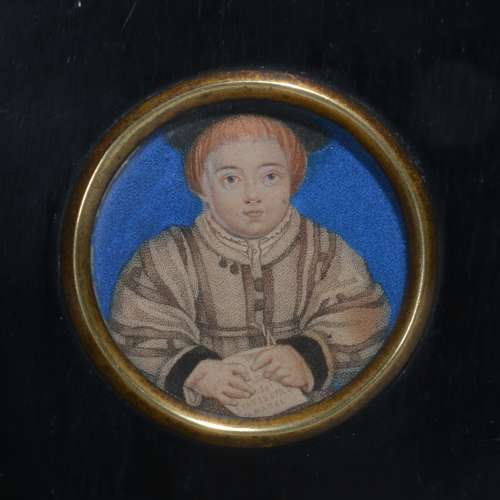 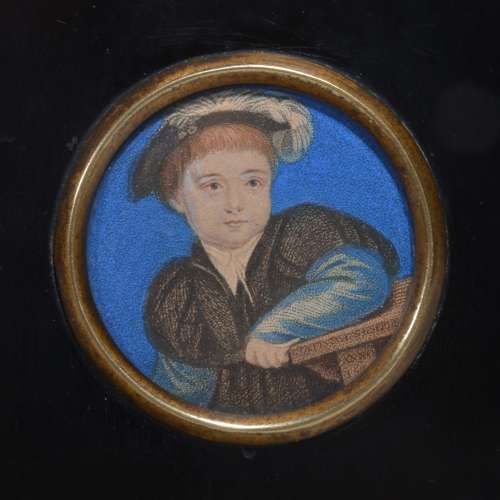 Note:
The original watercolours on vellum by Holbein are in the Royal Collection.

These miniatures of Henry Brandon, second Duke of Suffolk (1535–1551) and its companion piece of Charles Brandon, third Duke of Suffolk (1538–1551) are the only surviving identifiable representations of children within Holbein’s portraiture, with the exception of portraits of Edward VI and of the artist’s own children.

Their inclusion within the group of approximately twenty high-ranking or well-connected persons who sat for portrait miniatures by Holbein can be explained by the quasi-royal status enjoyed by the boys’ father, Charles Brandon, first Duke of Suffolk. His marriage in 1515 to Princess Mary, younger sister of Henry VIII, gave him an elevated position at court which endured even after Princess Mary’s death in 1533. Henry and Charles Brandon, Suffolk’s two sons by his fourth wife, Katherine Willoughby, were jointly educated at an early age with the young Edward VI. They were renowned scholars and studied at St. John’s College, Cambridge, but died of the sweating sickness within half an hour of each other in 1551, Henry aged 16 and Charles aged 14 or 15.

Both miniatures are late products of Holbein’s second extended stay in England from 1532 to 1543.  All of Holbein’s surviving miniatures date from his second English visit, and he is stated by Karel Van Mander to have been taught the art of miniature painting by Lucas Horenbout.
[Northern Renaissance: Dürer to Holbein, 2011]