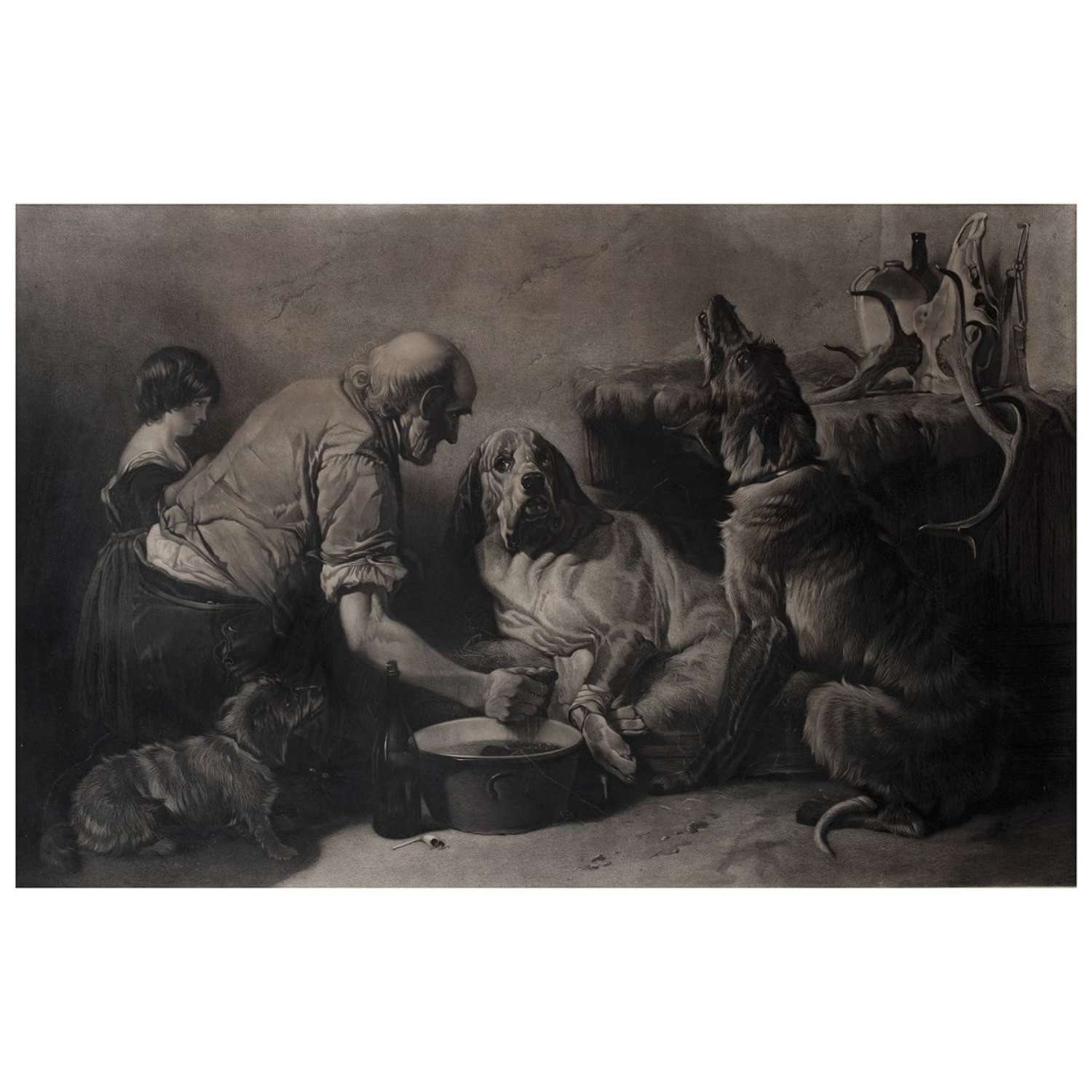 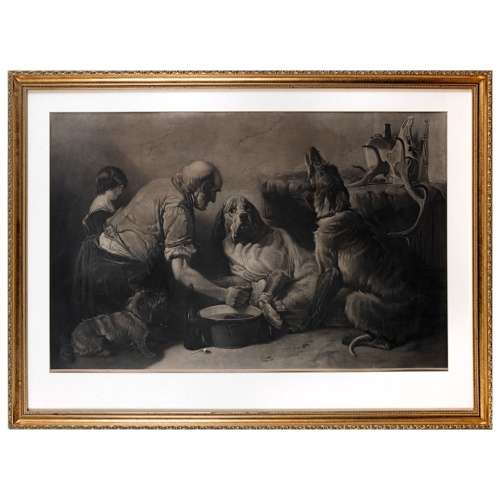 The scene depicts a man in rustic dress kneeling and squeezing a rag over a pail, tending to a hound with bandaged forepaw, a child watches accompanied by two dogs, the deer hound lifts its head and howls.

The original oil on canvas of this picture was painted by Ansdell in 1847 for his friend James Eden, who lived at Fairlawn, Lytham. Who subsequently permitted this mezzotint to be published. His painting became the most valuable Ansdell picture sold making £478,000 at Christies in 2006