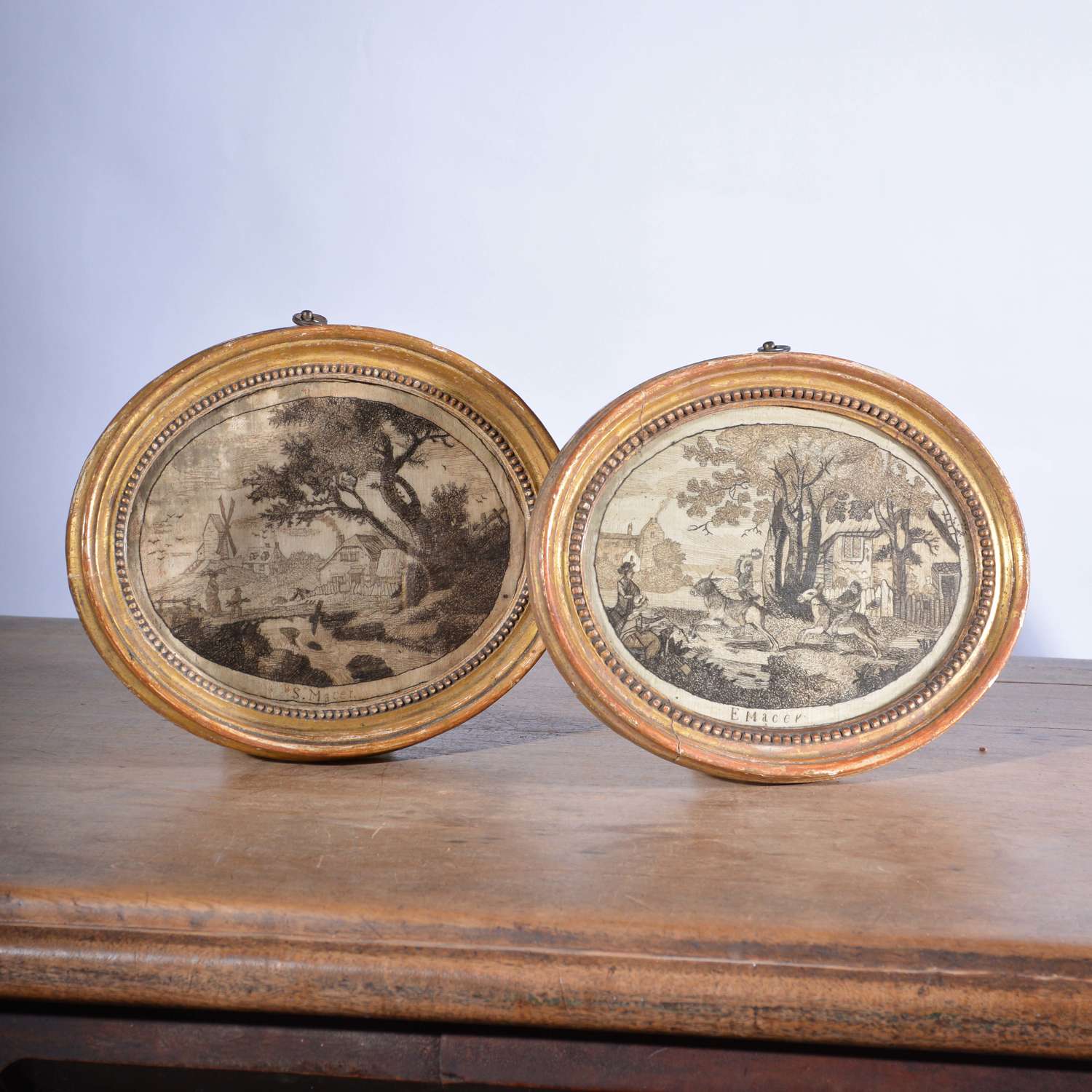 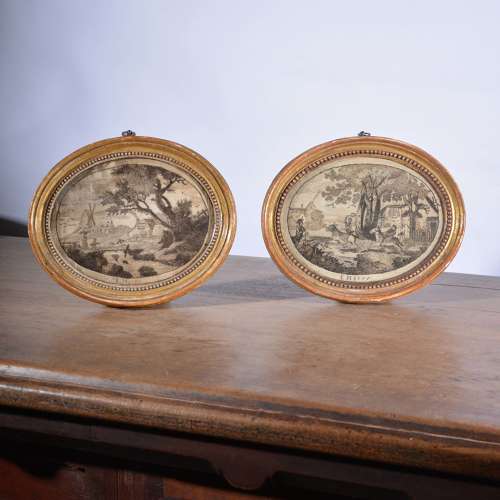 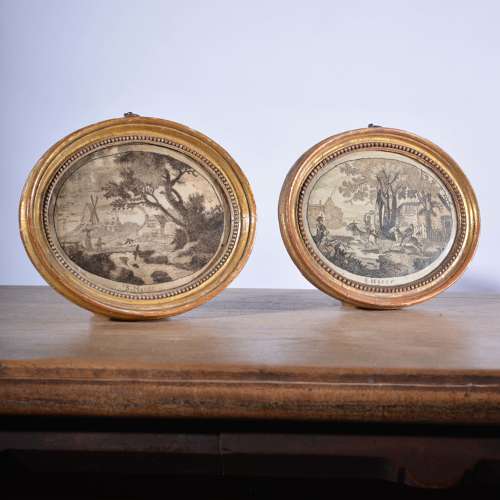 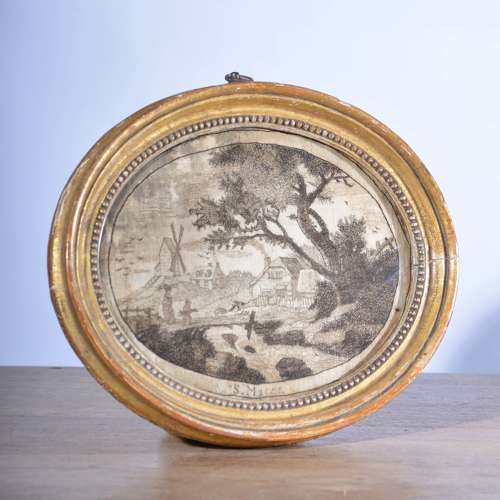 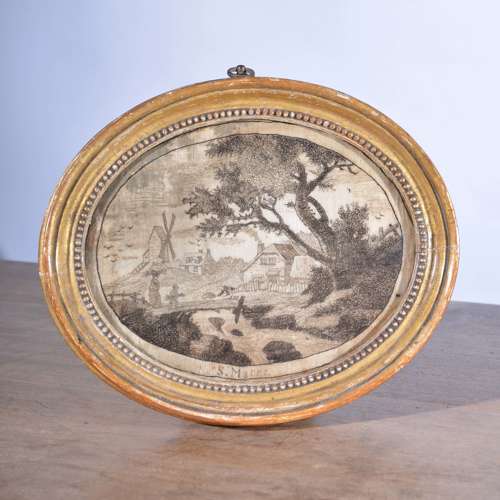 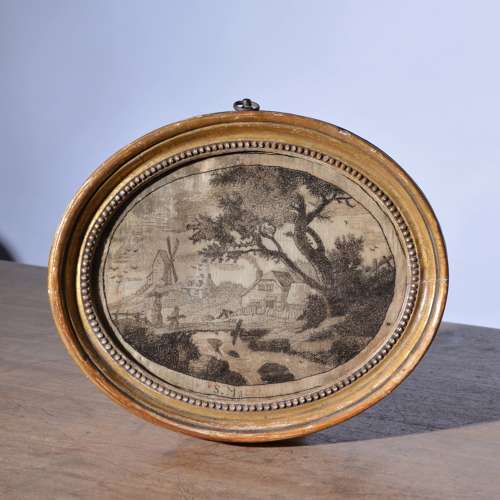 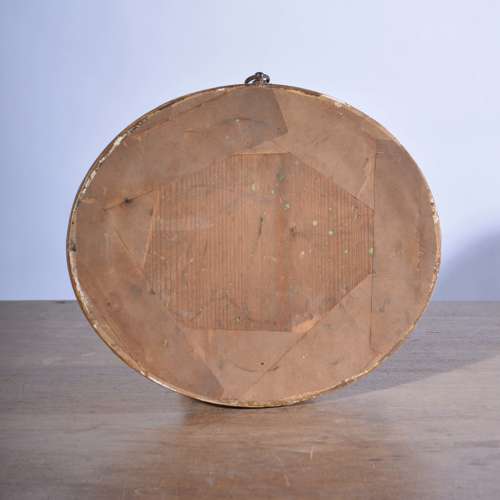 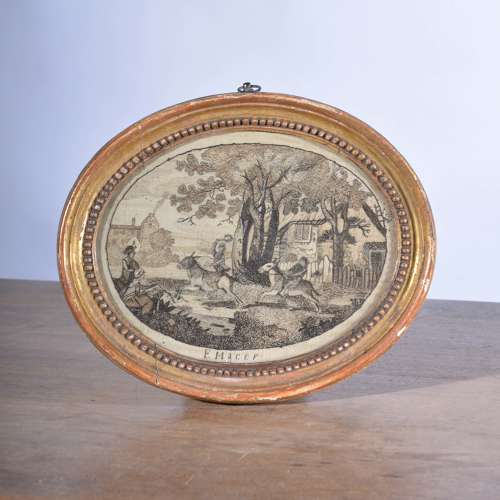 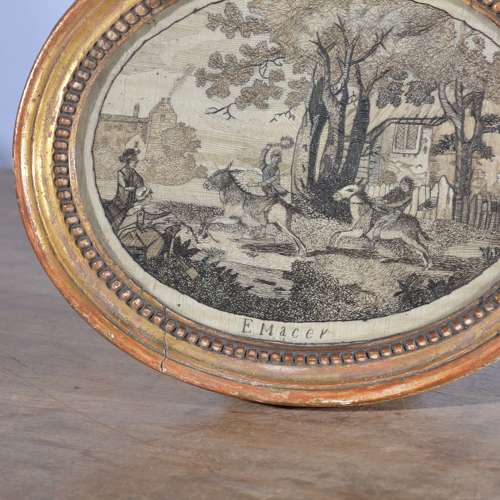 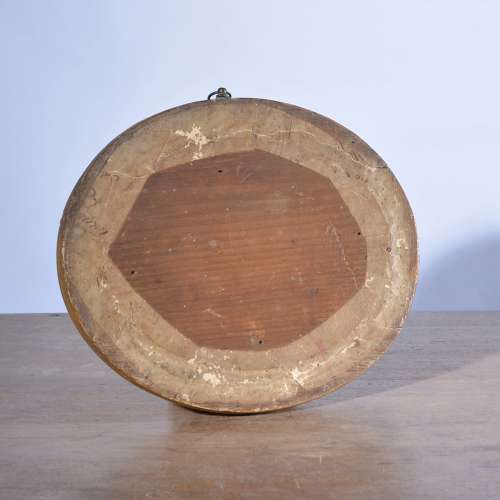 Pair of Georgian Black Silk Work Pictures of a by E. and S. Macer

A Pair of Georgian Black Silk Work Pictures of a by E. and S. Macer
The pictures are both beautifully embroidered rural scenes in monochrome tones, the one by E. Macer depicting an amusing scene of a character riding an ass and brandishing a brush with a second character, also on an ass, in hot pursuit, watched over by two amused ladies. The scene by S. Macer depicts figures collecting wood walking over a bridge toward a cottage and with a windmill and a further cottage in the background. Both the pictures are signed in the border and are in their original period gilt wood frame.
English, circa 1780. 27cm W, 22cm H (the frames)
Silk embroidered pictures of this type where typically the work of young ladies who would be taught the art of watercolour painting and embroidery which were considered to be suitable pass times for ladies of a certain social standing. E. and S. Mercer were most probably sisters who would have sat together over weeks to create this pair of pictures to go together but depicting scenes of their own choosing.

Condition: Both the pictures and in very good condition consistent with their age. The frames both with original gilding have signs of wear to the gilding and some slight cracks.