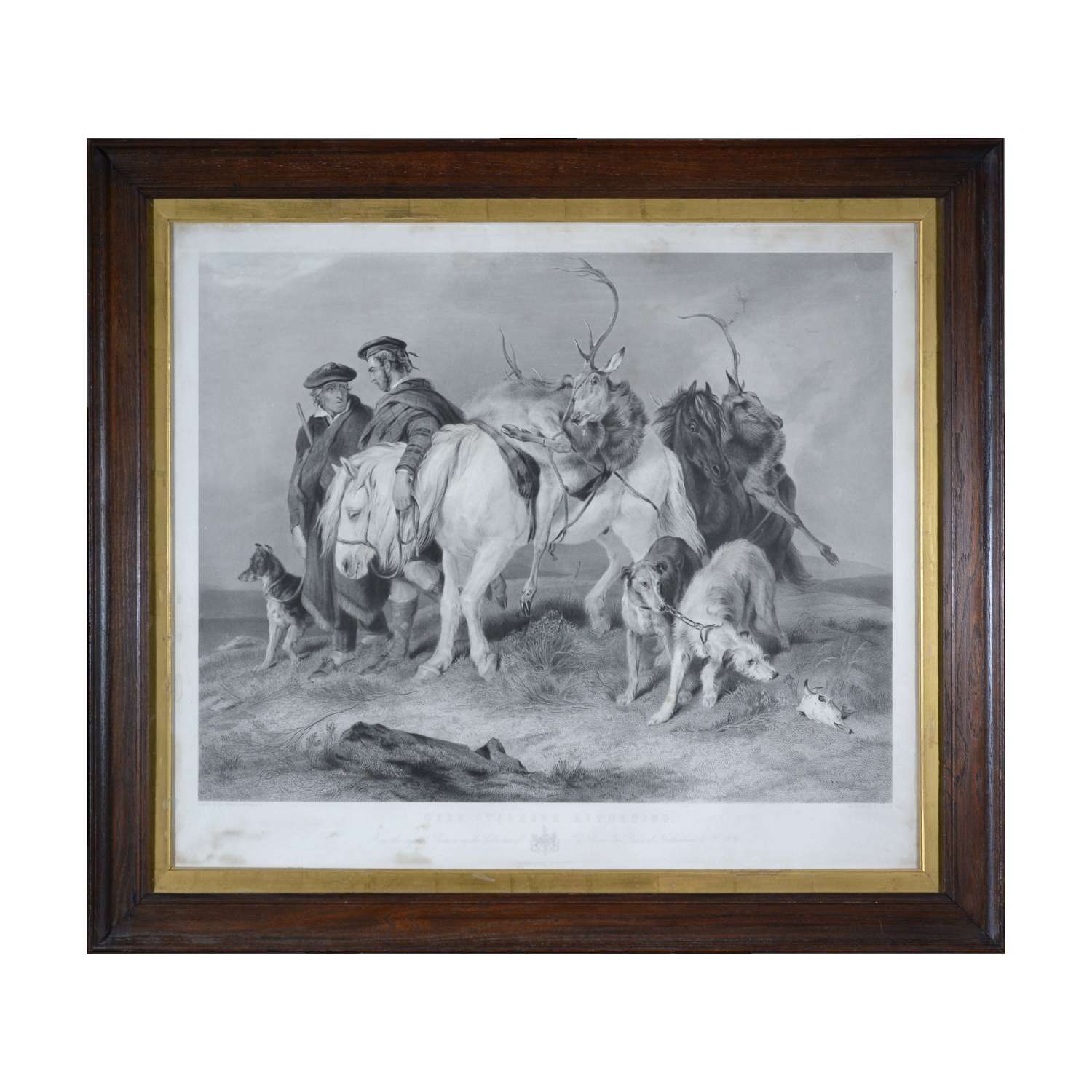 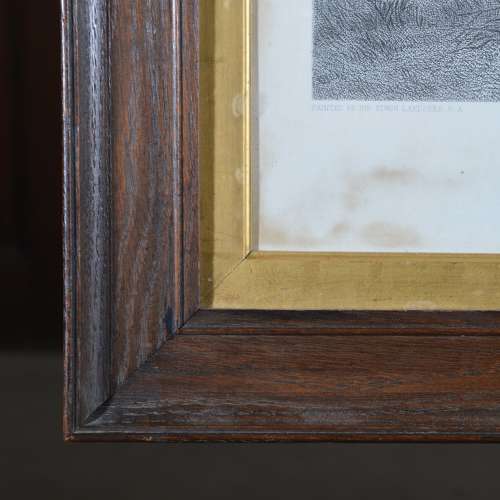 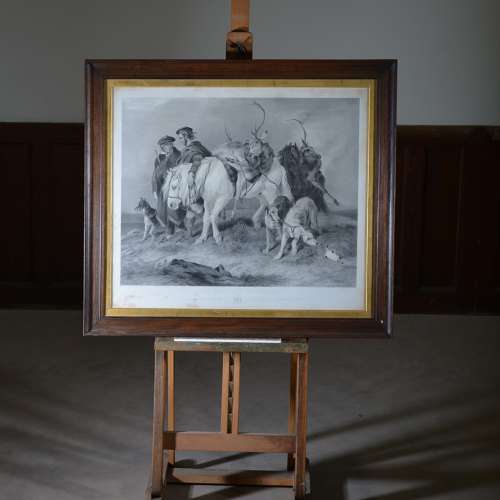 Condition: A well struck engraving, generally very clean, a few staining marks to the lower margin and a spot to the paw of the righthand deerhound.

Landseer was one of the finest animal painters of the Victorian era, his study of animal anatomy meant that his works were realistically true to life.  He excelled from an early age and in the 1820’s made his first visits to Scotland where he fell in love with the Highlands.  Here his inspiration for highland scenes lead to many works relating to highlands sports, his work gained popularity and he soon enjoyed royal patronage, Queen Victoria, who had also fallen in love with Scotland, invited him to Balmoral in the 1850’s to paint a family portrait.

The ‘Deer Stalkers Returning’ depicts a typical scene of the stalkers with the Highland ponies loaded with stags and deerhounds heading home from the hill to the lodge.  Landseer was a guest at Glenquoich for a number of years and it is said to be there that he took inspiration for his masterpiece ‘The Monarch of the Glen’, which he completed in 1851, "the rocks in the background are said to be identical with a group in Glenquoich, owned by the Ellice family, which are still called the Landseer rocks" (Ormond).  His other works of note are the lions at the base of Nelson's Column in Trafalgar Square which were unveiled in 1867.