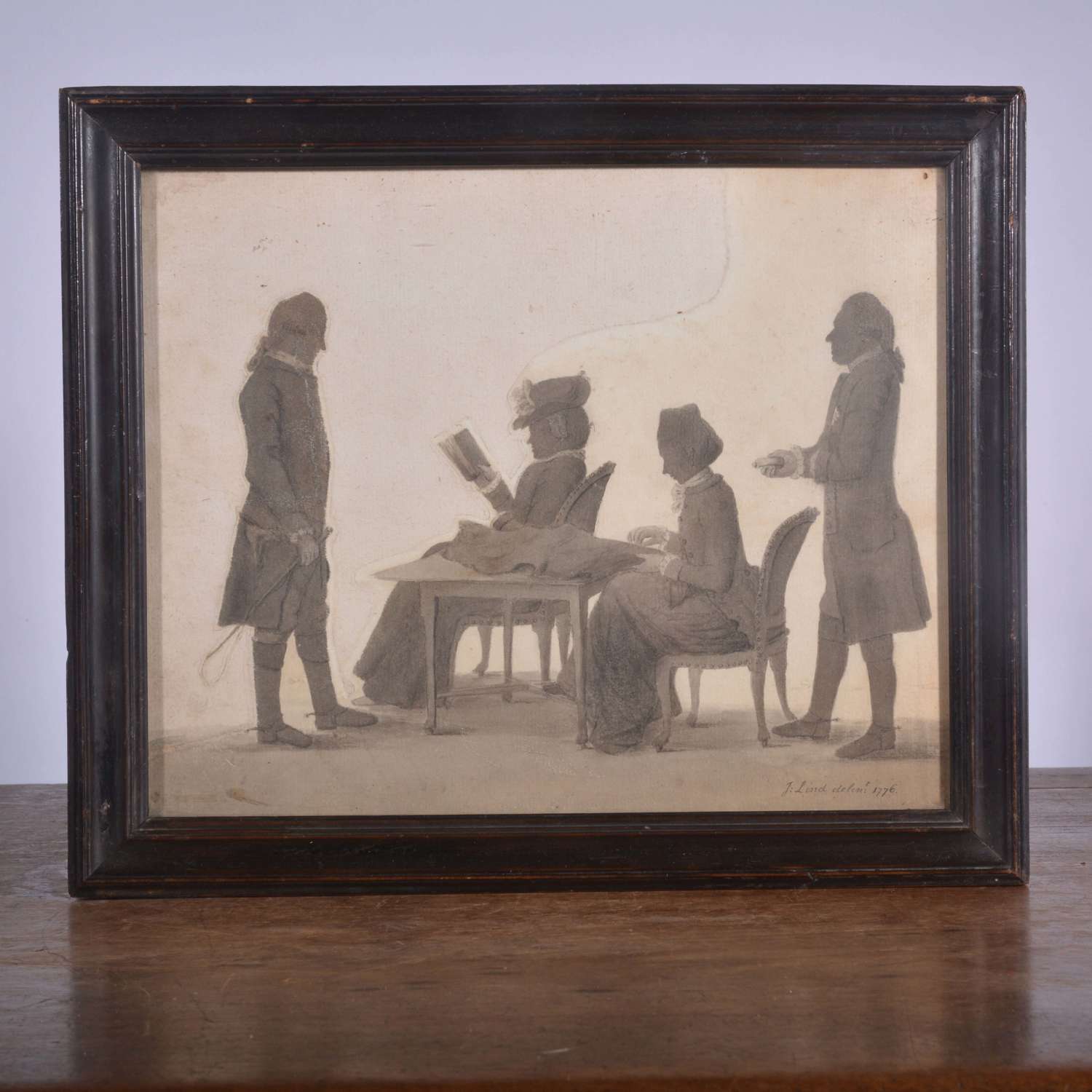 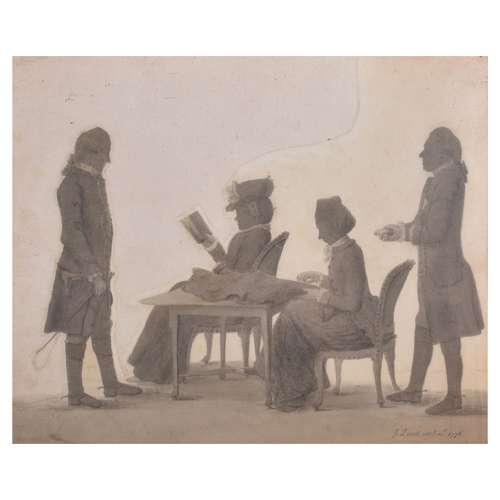 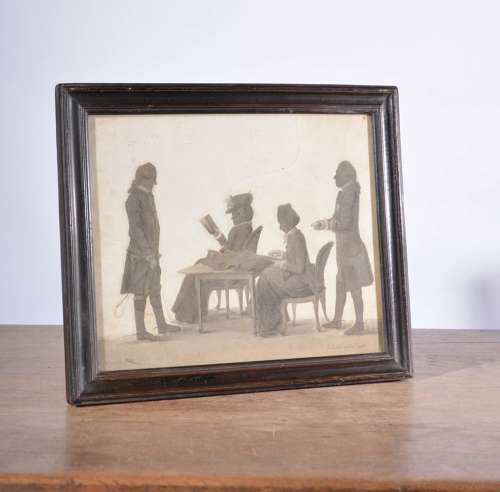 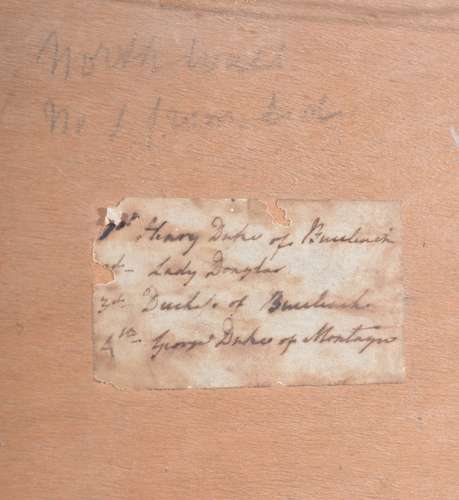 The subjects in the picture from left to right:

The Duke of Montague was survived by only a daughter Elizabeth, when Sir Henry married Elizabeth he wished to perpetuate the Montagu name and adopted the name 'Montague Scott'.

William Douglas, 4th Duke of Queensberry never married; when he died his peerages and entailments passed to his 2nd cousin once removed, Sir Henry Montagu Scott, through Sir Henry's grandmother, Lady Jane Douglas. Sir Henry then added the surname to his own, forming the unhyphenated surname 'Montagu Douglas Scott' which the family bears to this day.

A charming 18th century silhouette group by James Lind. Lind was born in Scotland on the 17 May 1736, he was trained as a doctor and took up his first medical post on an East Indiaman in 1766 and was later physician to the royal household of George III, of whom he also produced silhouettes.  He was a keen scientist and while continuing his medical work he pursued his interest, which led him to discover the true latitude of Islay, Scotland. He made a beautiful map of the island, which was accepted by the leading geographical authorities of the time.  Later he worked in collaboration with Tiberius Cavallo to print silhouettes reducing life sized silhouettes with an pantograph, their object was to produce profiles of members of their circle, and of eminent contemporaries, as a hobby.

VERSO:  Written to label on the back of the frame