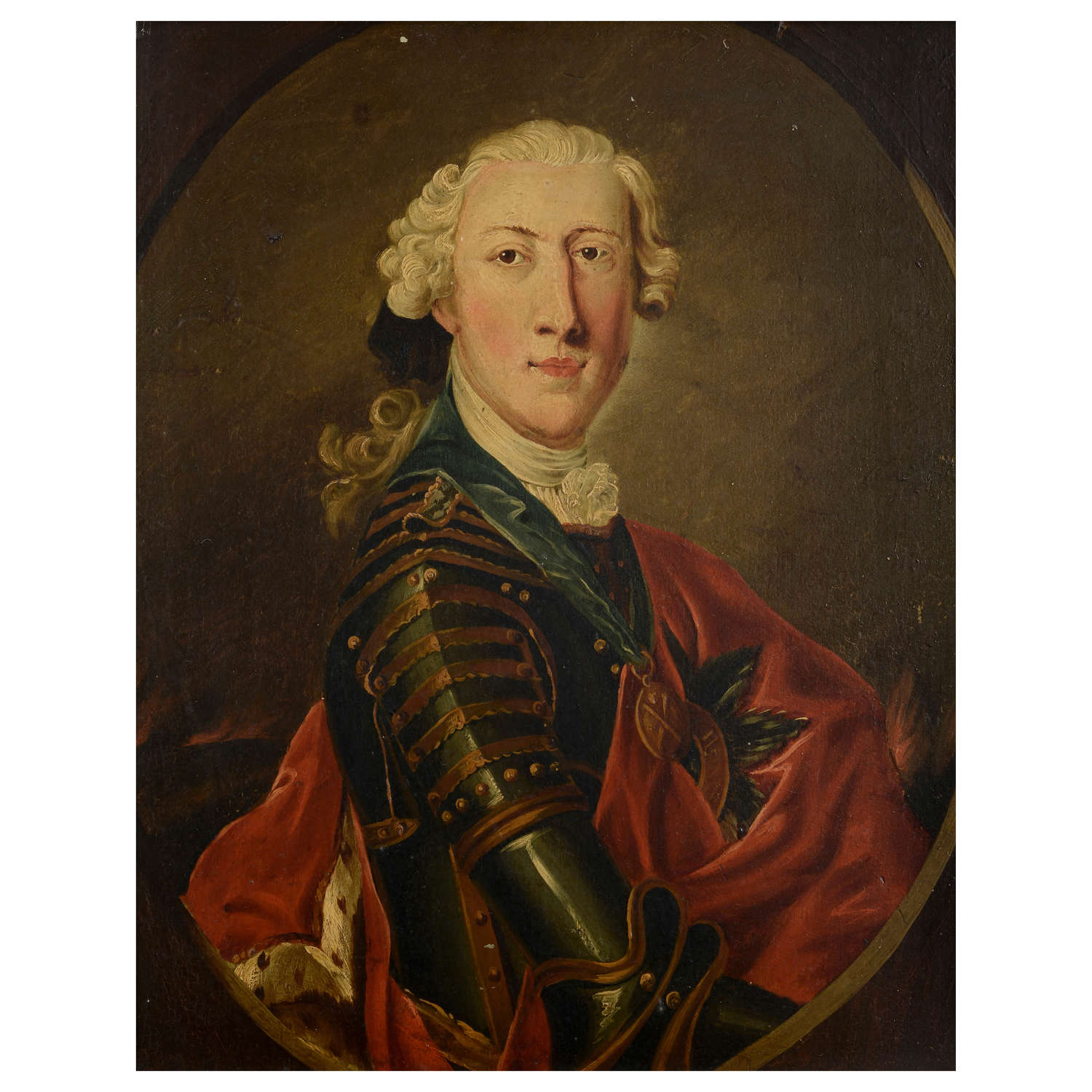 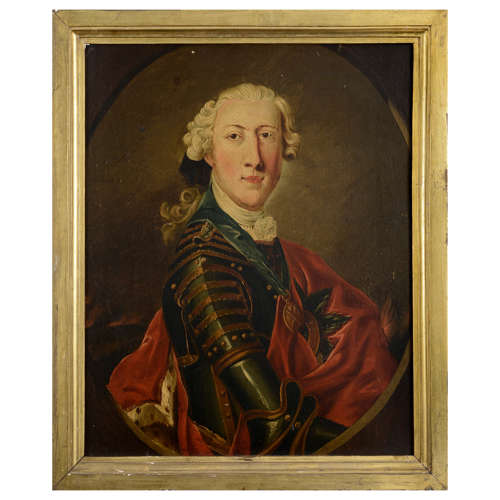 Period portraits of the prince were circulated to all those in support of the Jacobite cause, here he is depicted after the French artist Louis Tocqué in 1748, this was 2 years after he escaped Scotland after his failed uprising of 1745.  This portrait has come from a Highland family of title who were staunch Jacobites.

Charles Edward Stuart landed in Scotland with a small force in 1745, to be met by an army of Highland Jacobite clans with whom he marched on Edinburgh.  With great momentum they pushed the English back to the border and Carlisle, the victory was not to be sustained and they were duly pushed back by the Duke of Cumberland culminating in their defeat at Cullodden in April 1746.  Charles managed to escape the battlefield and his Highland clansmen kept him in hiding despite the reward in his head, he was hidden in caves and disguised as a woman to evade capture and in September escaped from Skye back to France, sadly never to return.

Provenance: From the clan chief of a Highland Jacobite family of title, thence by descent.