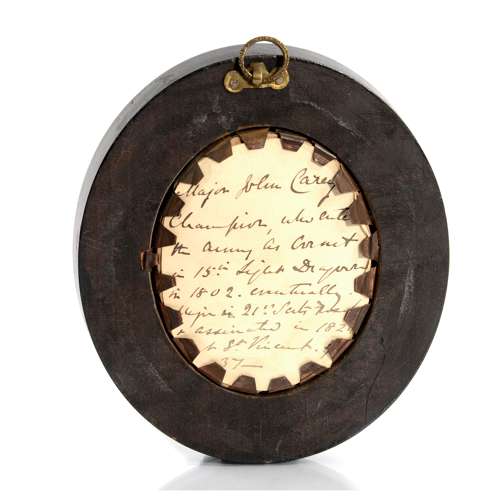 A mid 19th Century oval portrait miniature of Major John Carey
Watercolour and gouache on paper.
With a handwritten note to back of frame “Major John Carey Champion, who entered the army as cornet in 15th Light Dragoons in 1802 eventually Major in the Scottish Fusiliers and assinated (sic) in St Vincent aged 37.”
It is known that Champion came from Edinburgh and was the father of the acclaimed botanist John George Carey Champion.
Dimensions given include frame.