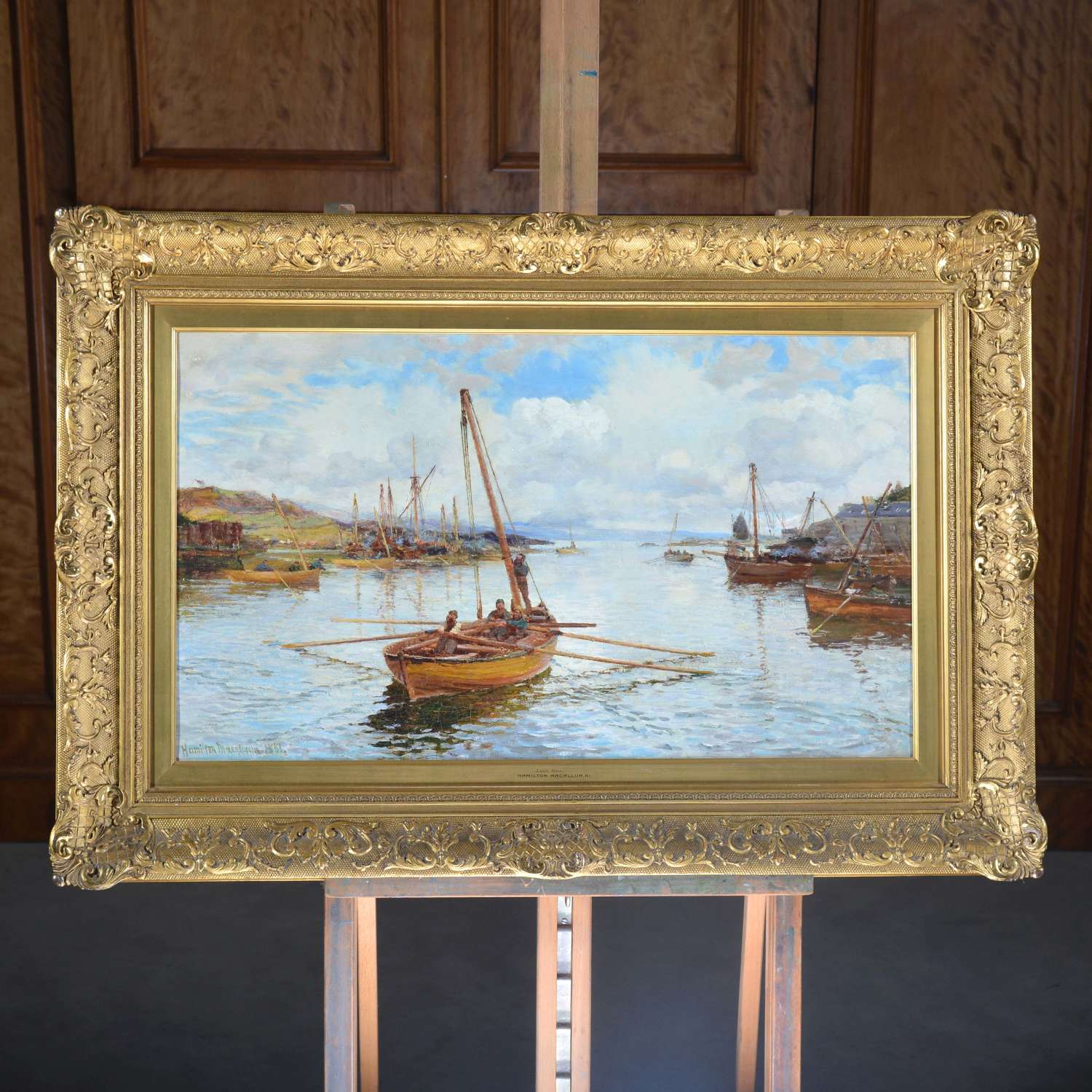 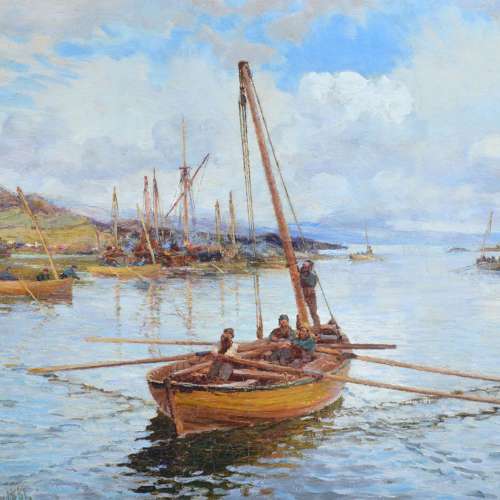 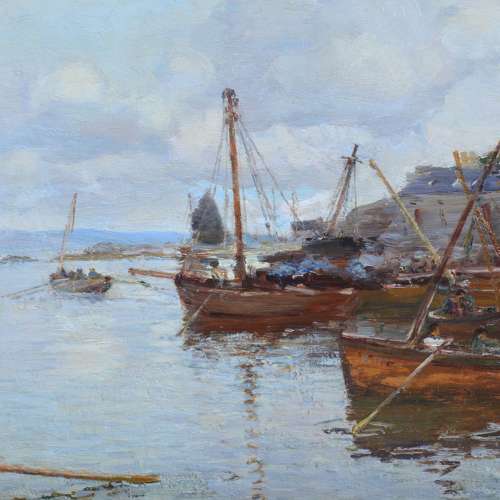 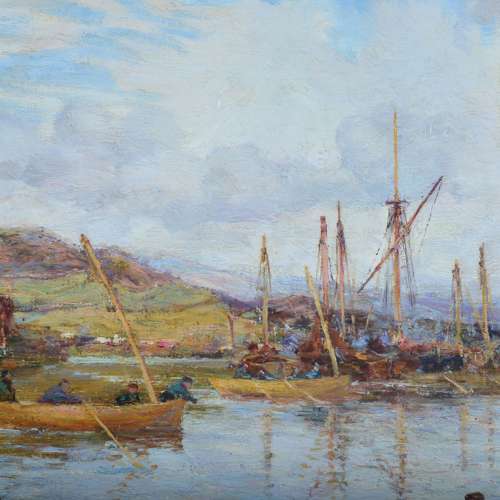 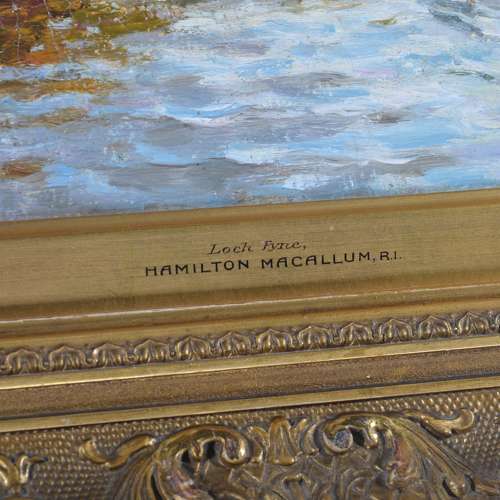 John Thomas Hamilton Macallum, R.I., R.S.W. (Scottish, 1841-1896)
Loch Fine skiffs going to sea
signed and dated 'Hamilton Macallum 1881' (lower left)
oil on canvas
Hamilton Macallum was a Scottish artist, from Kames in Argyllshire, his family made gunpowder, but in his early twenties he went to London to enrol in the Royal Academy school.  He settled in Beer in Devon but made trips back to the west coast of Scotland to paint from his small yacht.  His works were displayed in major London exhibitions.

This work is typical of his style, capturing the boats departing harbour, the seamen pulling hard on their long oars till they were out far enough to hoist the sail.  These boats typical of Western Scotland in the 19th century are called a Sgoth, the traditional clinker built boat with a lug rig, unusually the yard is longer than the mast, but when lowered the whole rig fits within the boat, as it would have been when working the lines.  The Sgoth would be floated from the beaches with ballast of stones from the beach, this ballast would be replaced by the catch.  They were traditionally about 30 feet long.

Loch Fyne, Scotland's longest sea loch, is not far north from where Macallum was born, the loch runs inland from the Firth of Clyde up to Inveraray Castle, the seat of the Dukes of Argyll, chiefs of Clan Campbell, since the 18th century.

Title hand written on the stretcher.