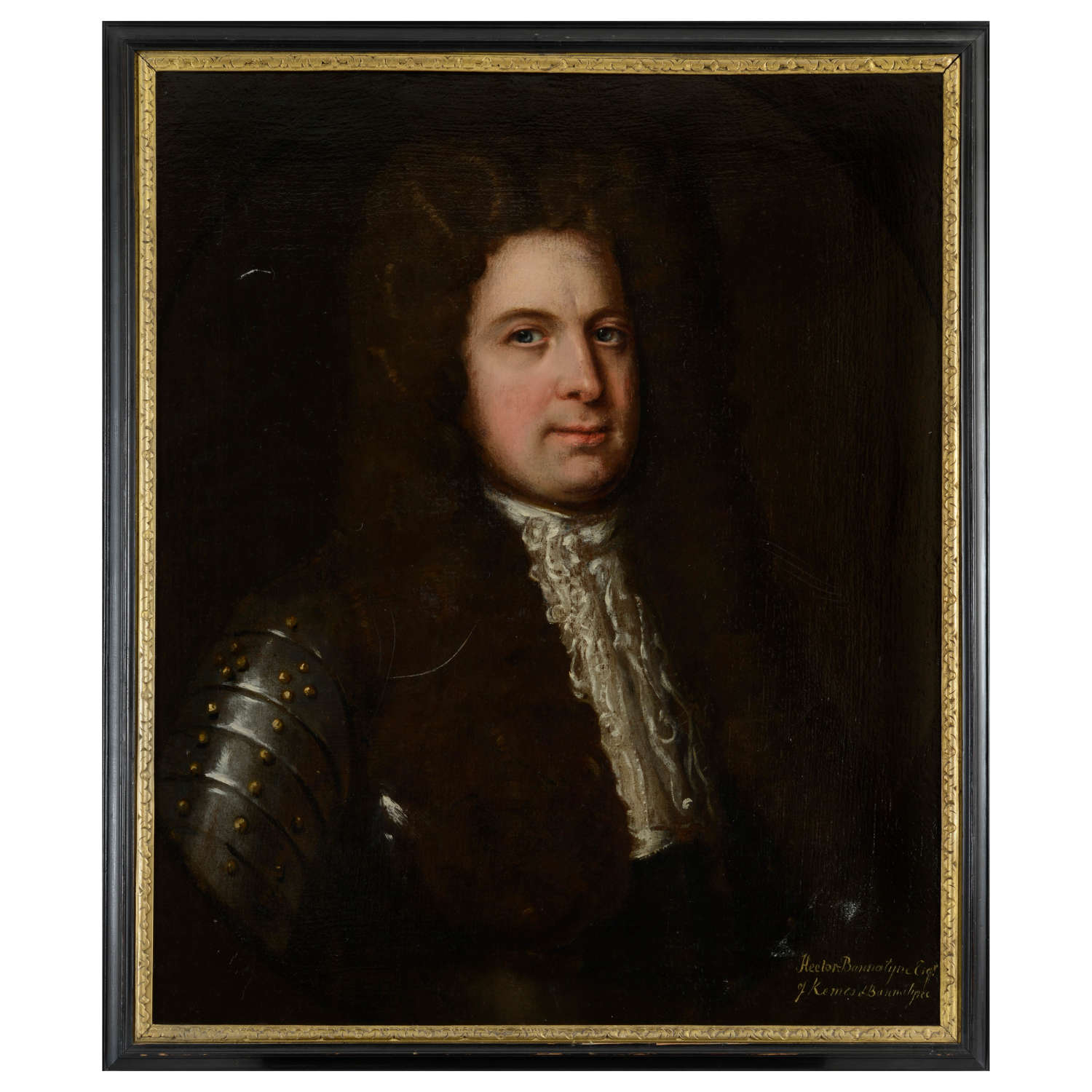 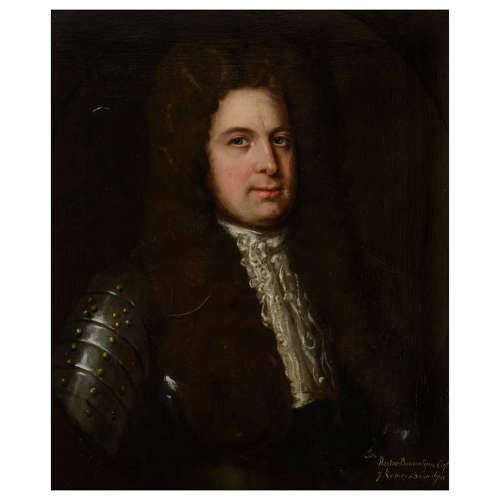 17th century portrait of Hector Bannatyne of Kames
Hector Bannatyne of Kames dressed as an officer wearing armour and a lace cravat
oil on canvas
Inscribed 'Hector Bannatyne Esq of Kames & Bannatyne' (lower right)
74cm H, 61cm W. (canvas)
Hector Bannatyne (1658-1716), was the son of Ninian Bannatyne of Kames (1623-1683).
The lands of Kames are on the Isle of Bute on the west coast of Scotland, Kames castle, which is still standing, was built by the Bannatynes in the 14th Century as their family seat.
Hector married Marian Fairholme of Baberton, their daughter Isabel Banntayne (circa 1721-1744) became the heiress of Kames. Isabel married Roderick Macleod of Bernera their son William Macleod became Lord Bannatyne, a distinguished judge.