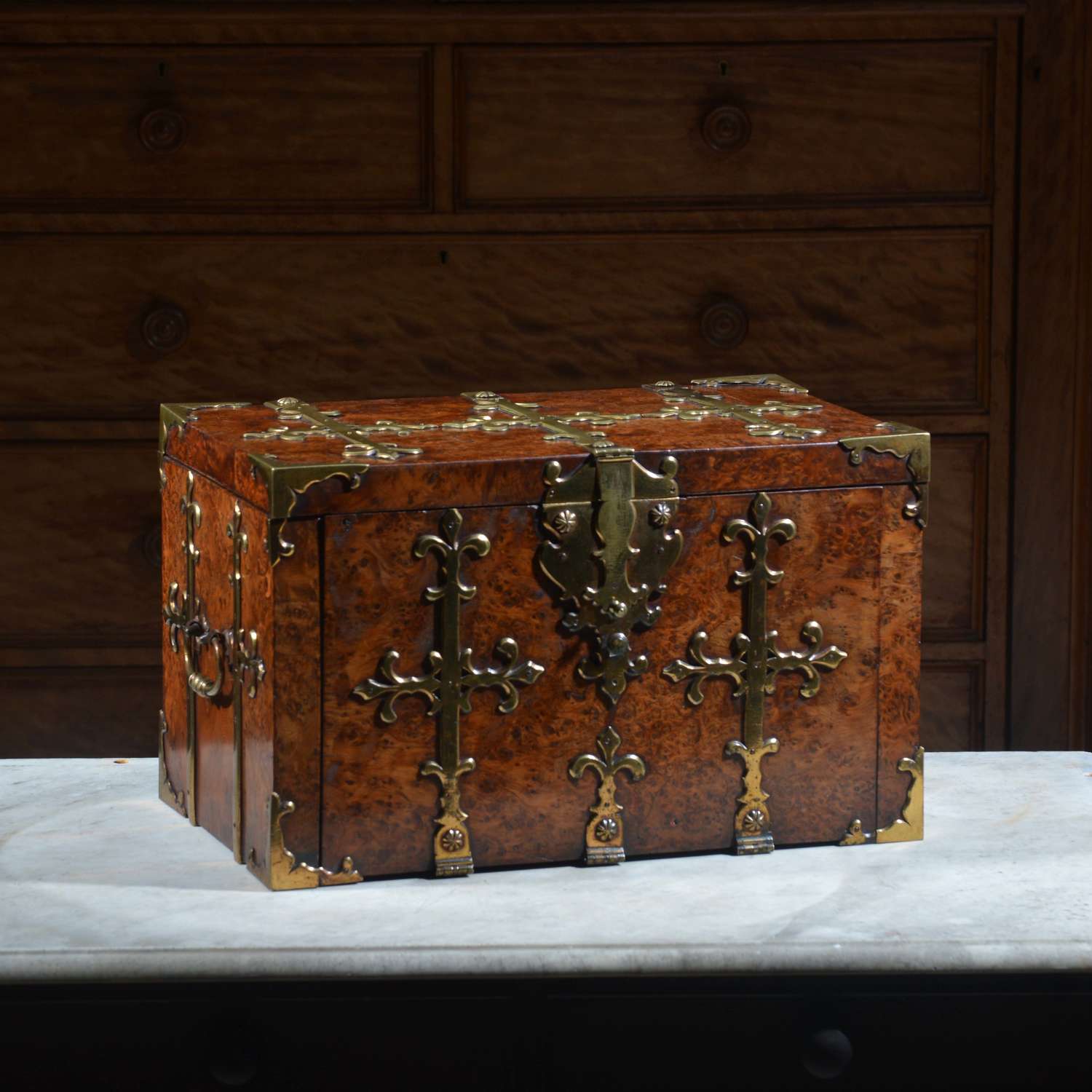 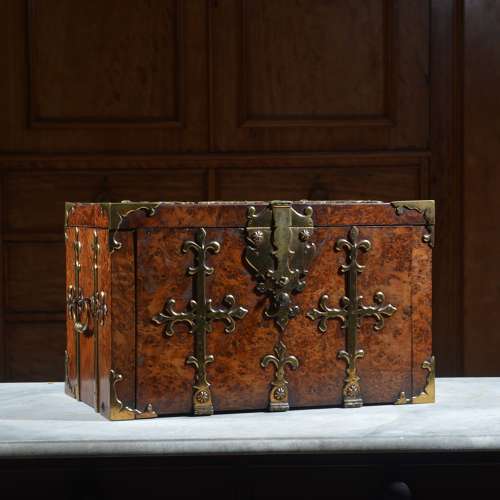 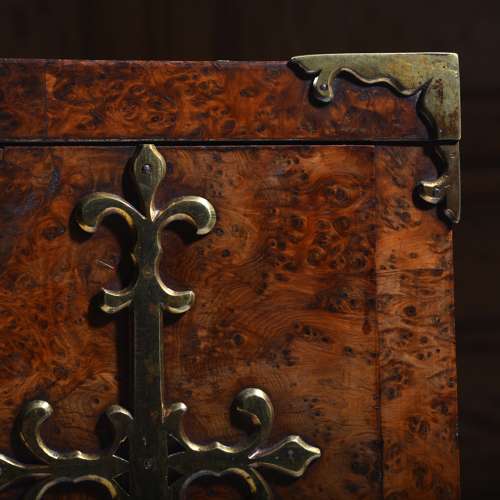 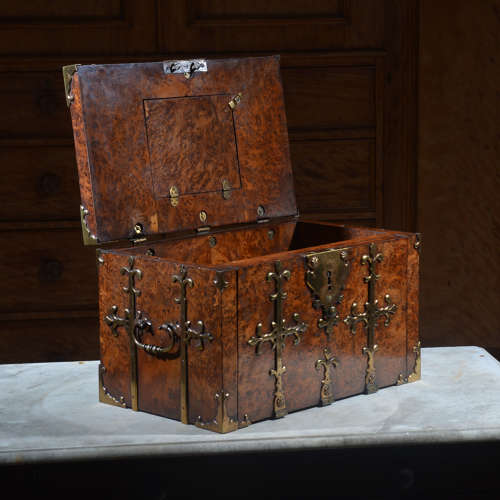 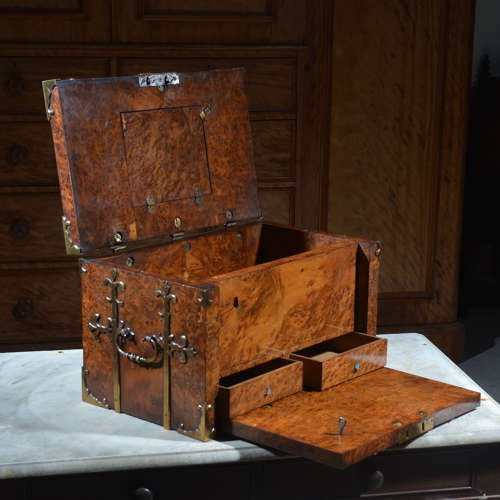 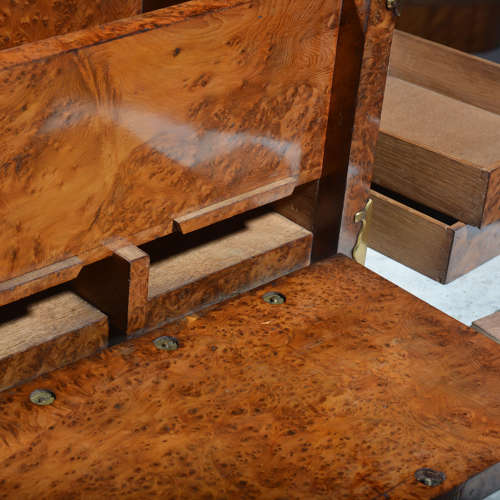 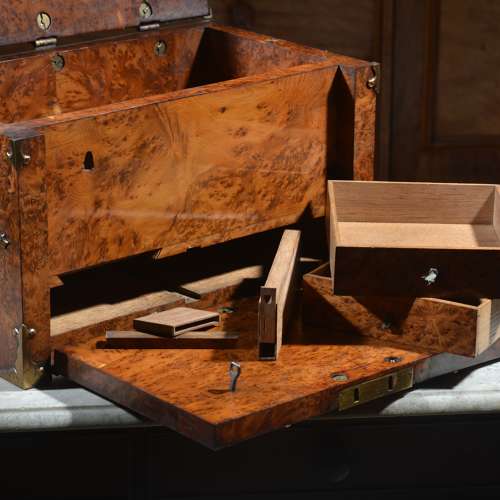 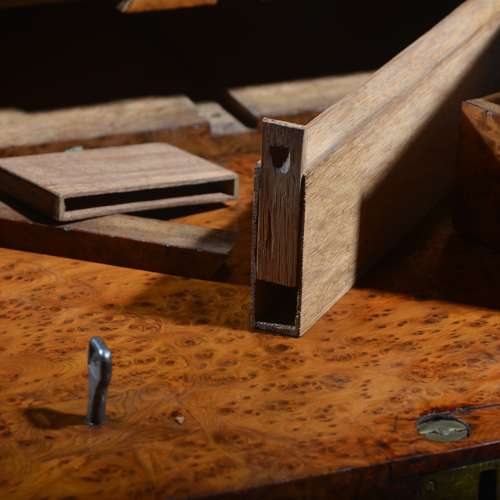 Important Late 17th Century Burr Yew Strong Box or Coffre Fort
The oak strongbox is veneered in burr yew and mounted by ornate gilt brass strap-work with elaborate escutcheon, gilt brass latch and lock to the front.  The lid opens to an inner compartment veneered to match.  The lid contains a hinged door that open to shallow a compartment for documents, concealing two secret compartments.  A brass catch inside releases the fall front which reveals a pair of drawers and three further secret compartments.

These ornate boxes were designed for transporting and securing valuables, with a pair of handles for carrying and set into the sides are a pair of steel screws so it could be secured to one's apartment, carriage or ship. With the lid closed and locked it could not be removed.
English, circa 1690

Strongboxes such as these fulfilled an important function in keeping money, valuables and documents secure when travelling and in 17th century houses where there was a very little privacy. Such rare and valuable caskets were potent symbols of the wealth and importance of their owners.

Rare and valuable, this magnificent William & Mary burr yew strong box dates to circa 1660-1700 and is most likely English.  These boxes are often found in kingwood and rosewood, but this example is particularly rare in burr yew.  Both the V&A and the National Trust suggest that the ones in their inventories are English.  Records show that London cabinetmakers Edward Traherne and Gerrit Jensen both made such boxes over this period.

Provenance: Excellent Scottish family provenance from the clan chief of a Highland Jacobite family of title.