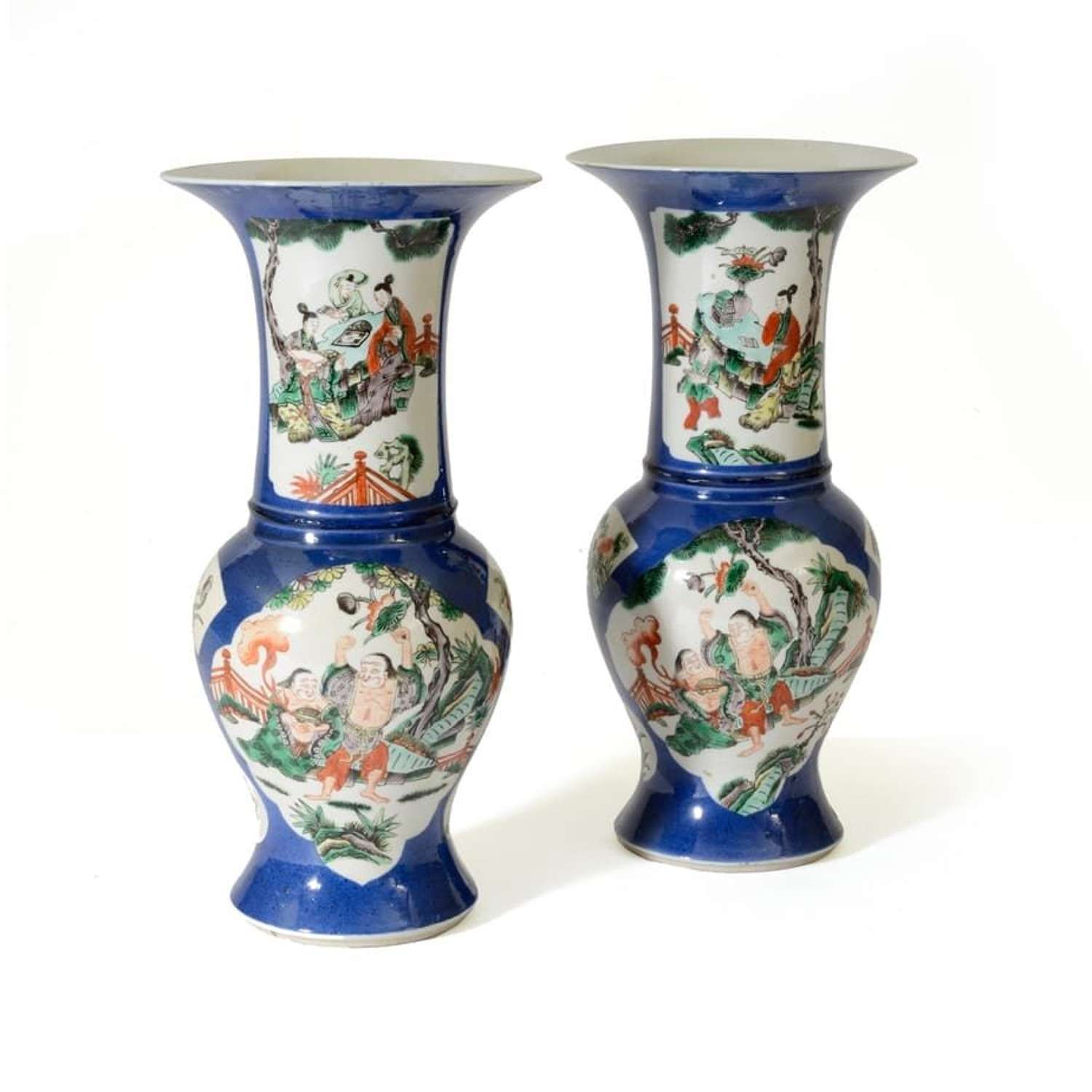 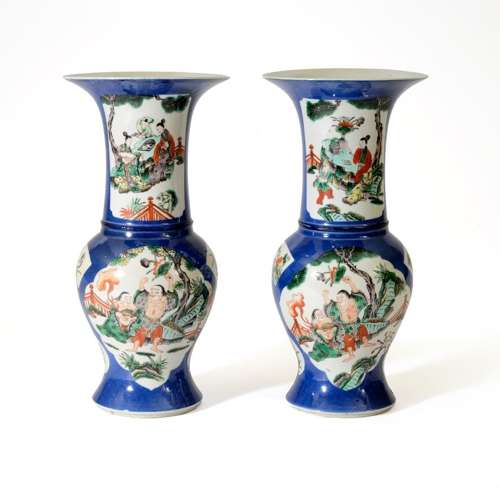 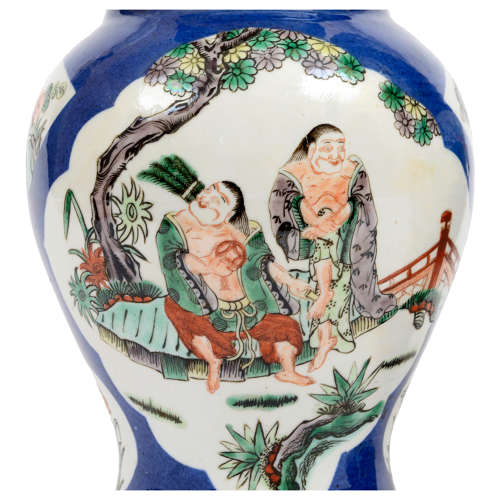 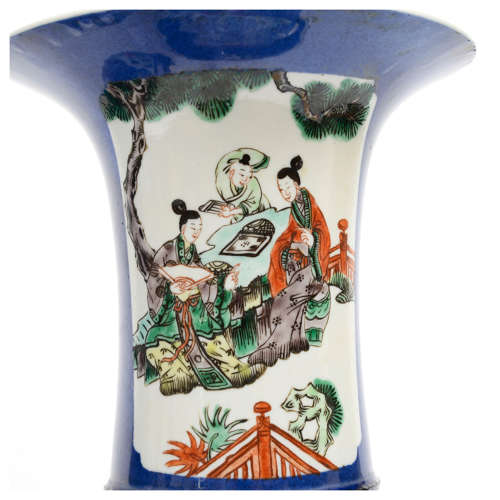 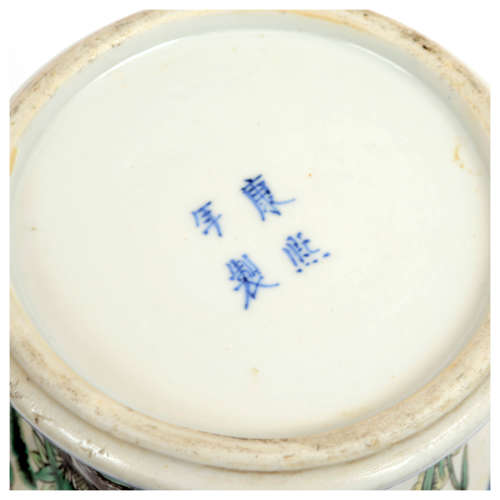 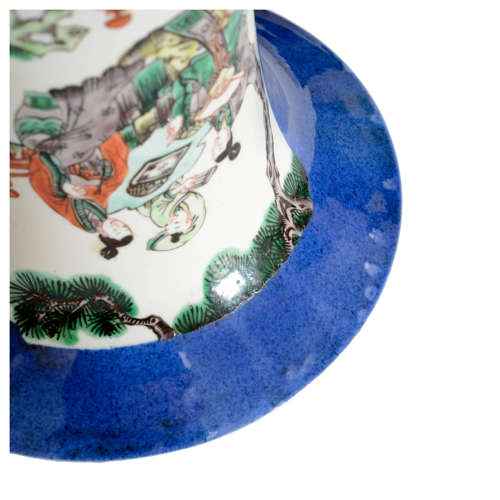 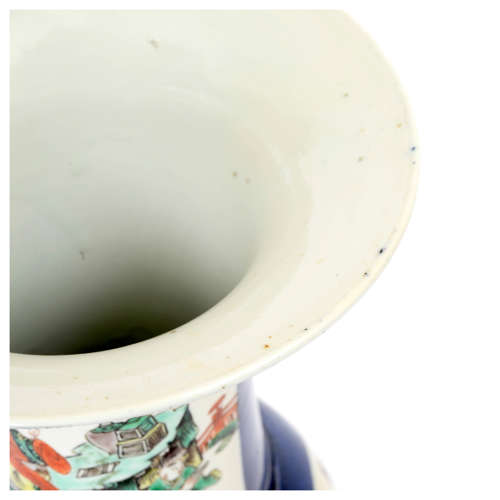 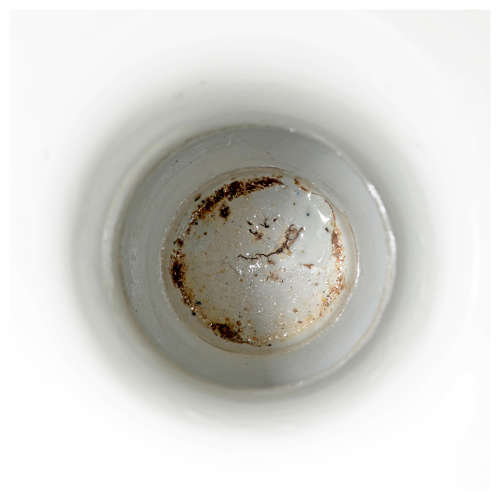 A pair late 19th Century Chinese Famille Verte Vases
Of Fengweizun or Yen Yen vases which translates as phoenix tail vase. This shape is derived from the originals which are from the Kangxi period (1690-1710) and would have been about 2 feet tall. The idea of the decorative reserves panels on blue ground was a new idea in the Kangxi period and here the idea is reproduced in this lovely pair of 19th Century examples. The blue panels are produced by blowing blue cobalt powder through bamboo while the reserve panels are protected by paper cut outs.

Condition: The vases have no damage and expected original firing blemishes.