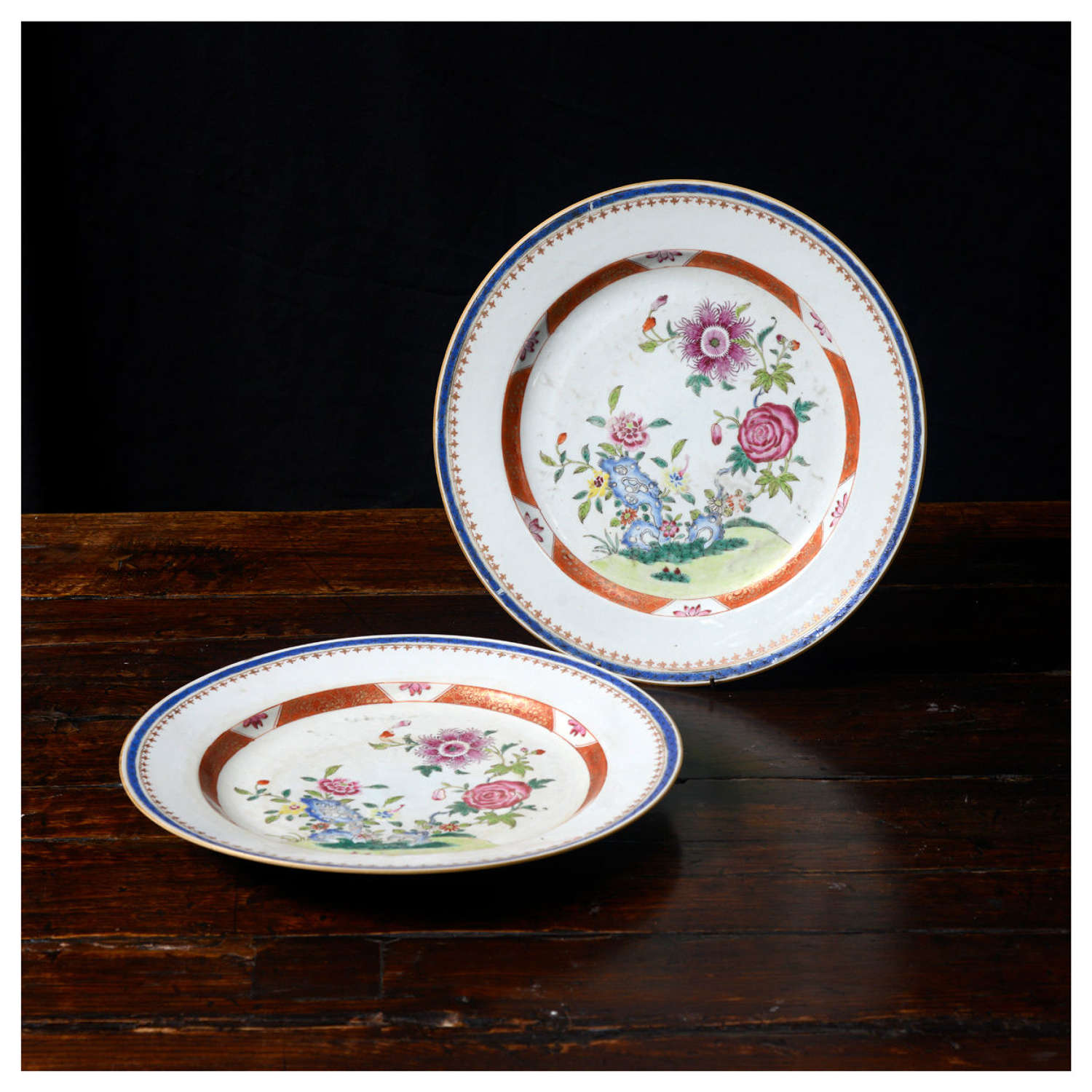 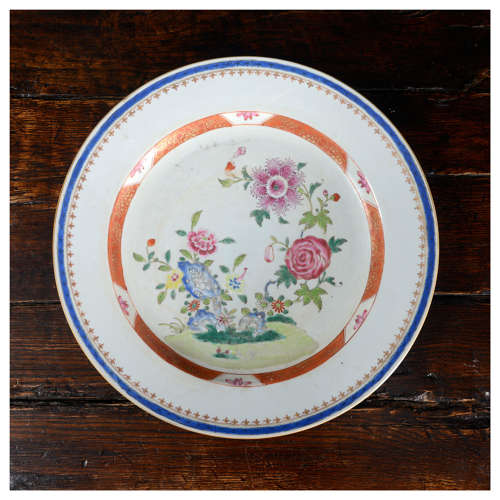 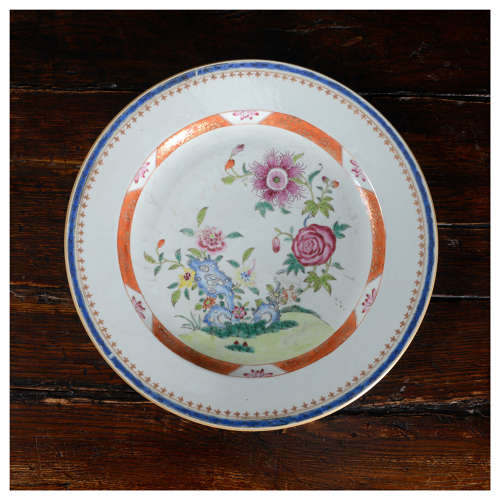 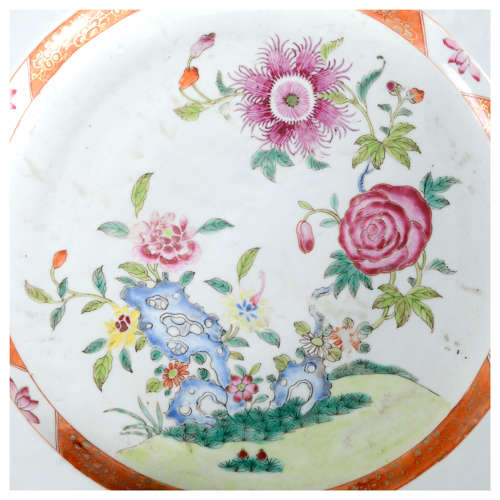 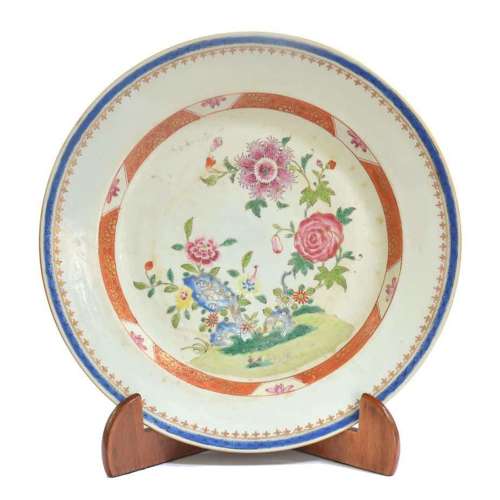 A pair of 18th Century Famille Rose Chinese export chargers
Almost certainly originally part of a dinner service made in the 1730s or 1740s (Yongzend peried) these chargers are a particularly good example of Chinese export porcelain imported in the early 18th Century. The chargers were made in Jingdezhen, in Jiangxi province and would have then travelled some 800 miles by river to Canton to start their onward journey to the west.
The term Famille Rose comes from the pink enamel seen here in the flowers. This colour of enamel was imported from the west and only introduced to China in the 1720’s meaning these chargers cannot predate that time. The enamel colour is derived from gold (exactly the same as we see in the production of cranberry glass) and is an extremely rare instance of ceramic technology travelling from west to east and as merchants were not allowed to travel to China we know that the secret of this method travelled east with the Jesuits.
The peonies signify prosperity in Chinese culture.
Jingdezhen, circa 1735.

Condition: The overall condition is excellent. There are some firing marks and an absent tiny area of blue missing from the border which is also original to the production process and not a later loss. There is some discolouration and very small areas of loss to the enamel.