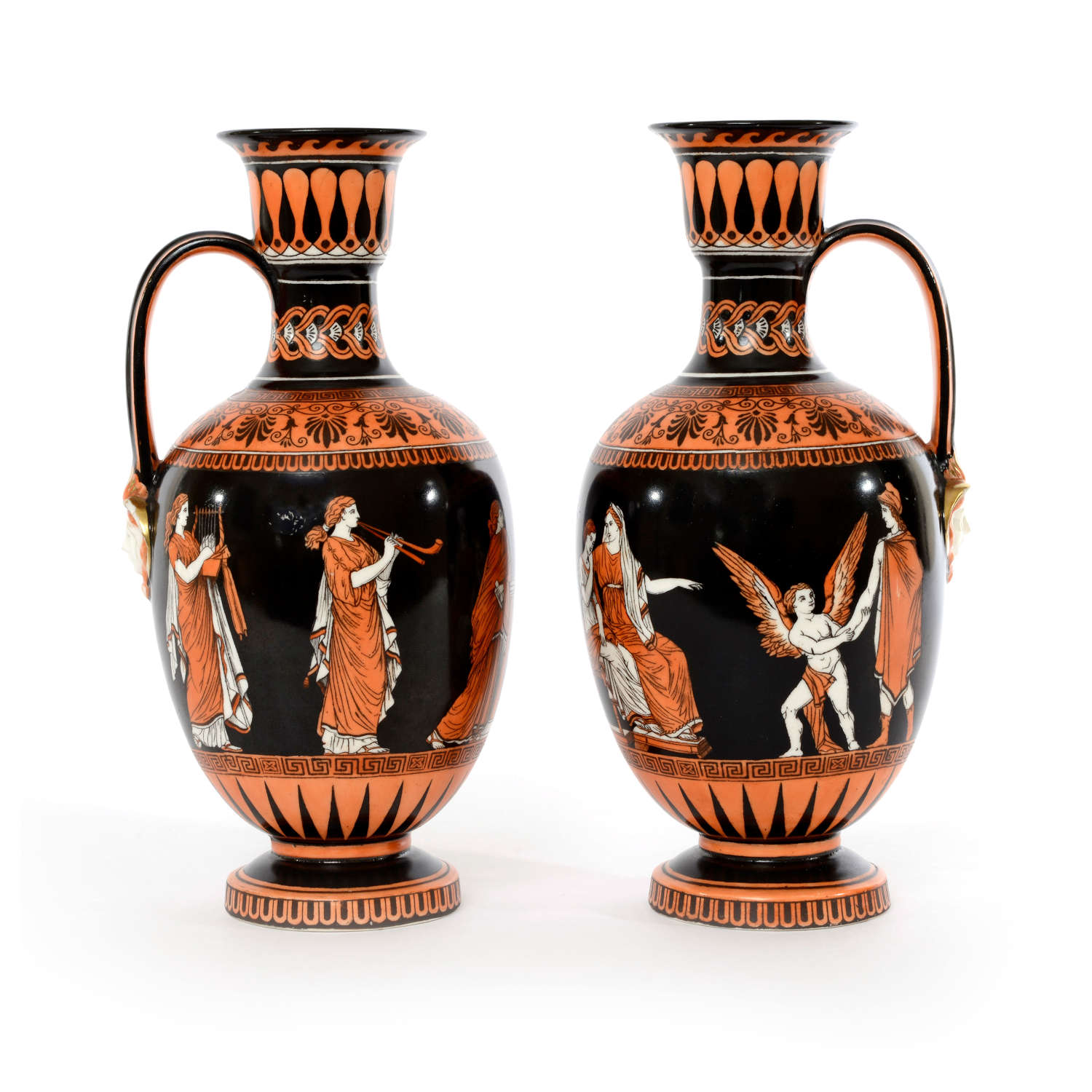 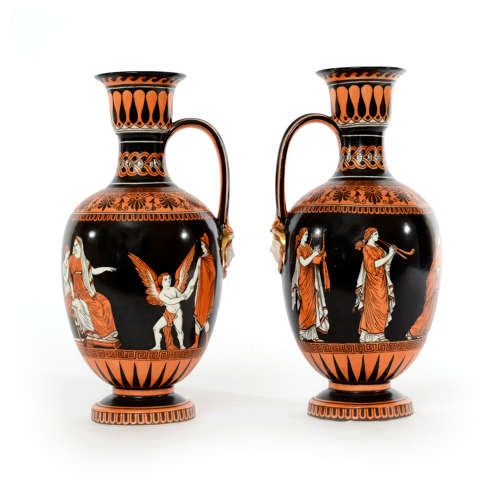 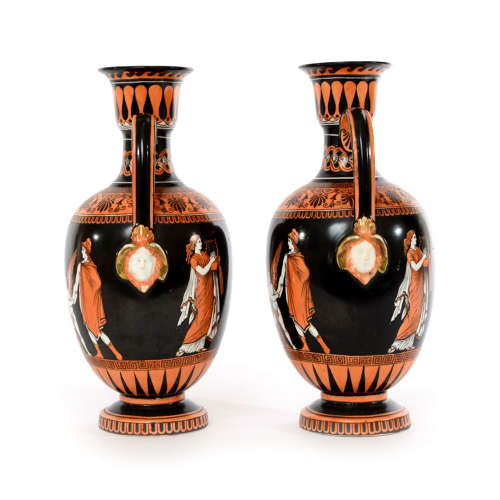 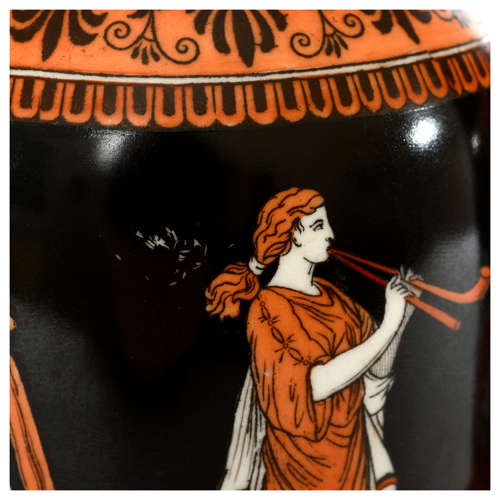 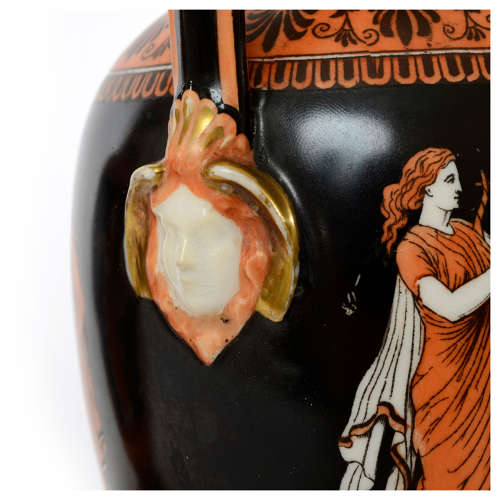 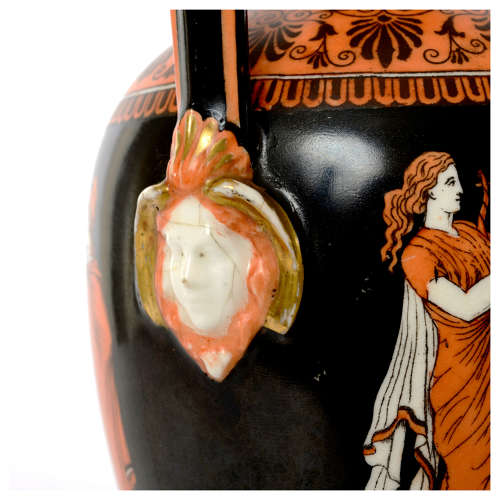 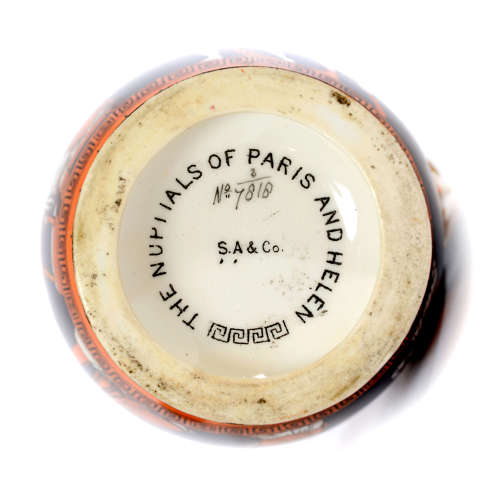 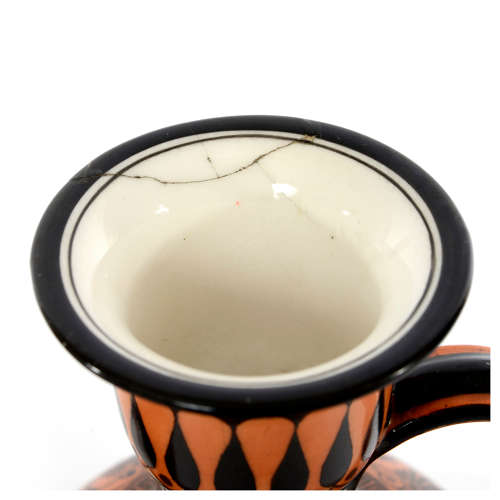 A pair of Victorian Greek revival vases by Samuel Alcock & Co. Entitled 'The Nuptials of Paris & Helen'. A pair of single handled urns, each with a moulded head to the end of the handle, decorated with neo-classical banding in orange around neck and foot, the body depicting five coloured scenes from the nuptials of Paris and Helen on a black background. Circa. 1860. Signed S.A & Co. and numbered 3/7818. 22cm high.

Condition: One of the vases is in excellent condition, the other has a repair to the lip which can be seen in the photograph.