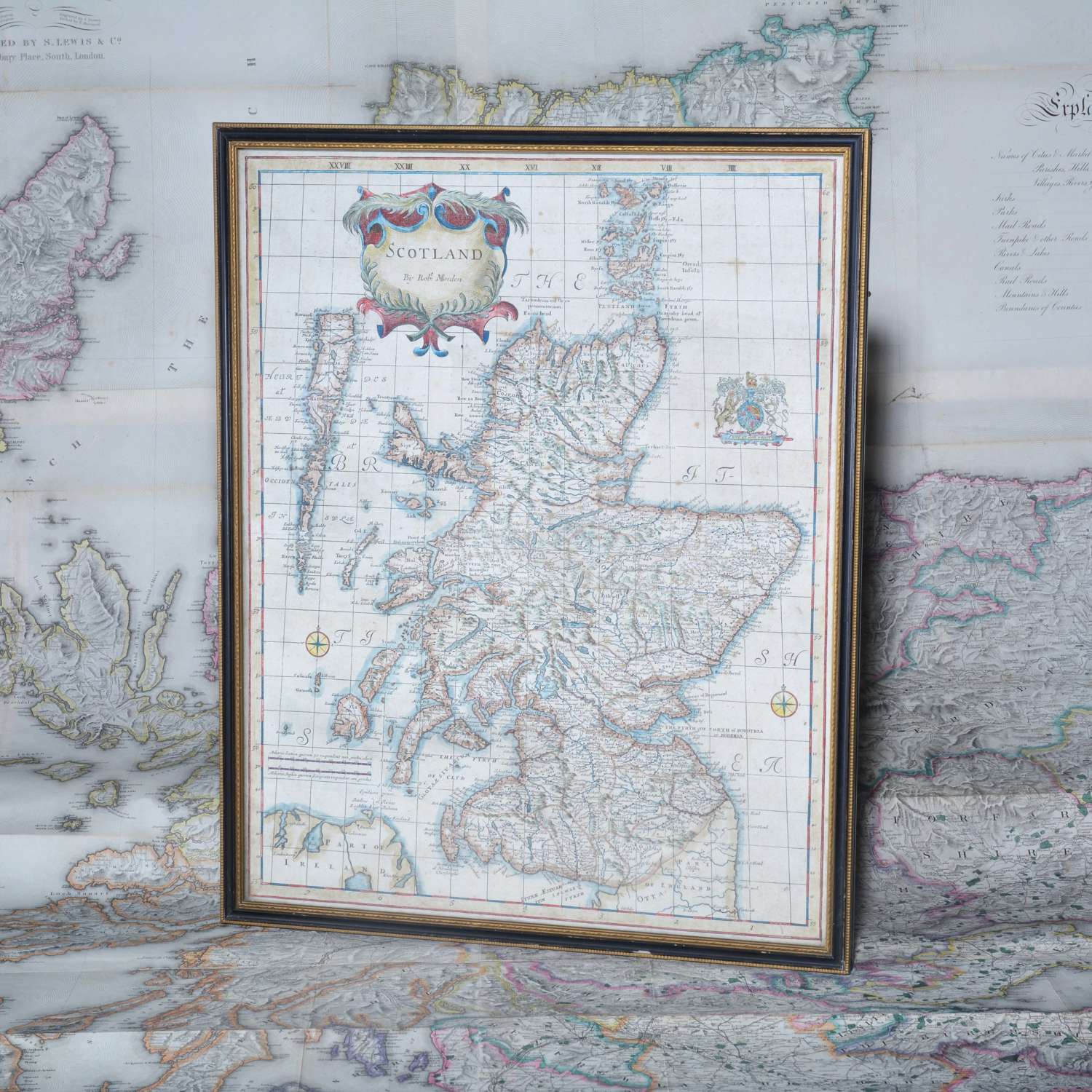 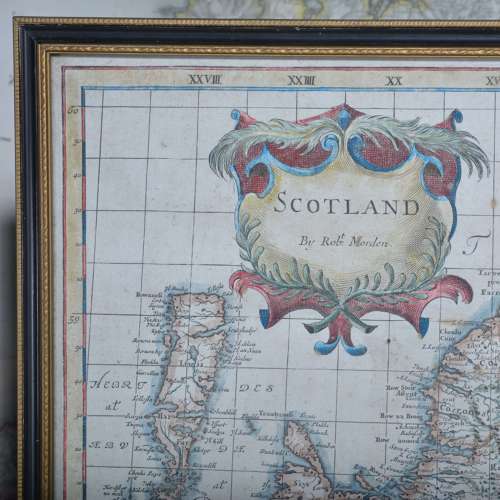 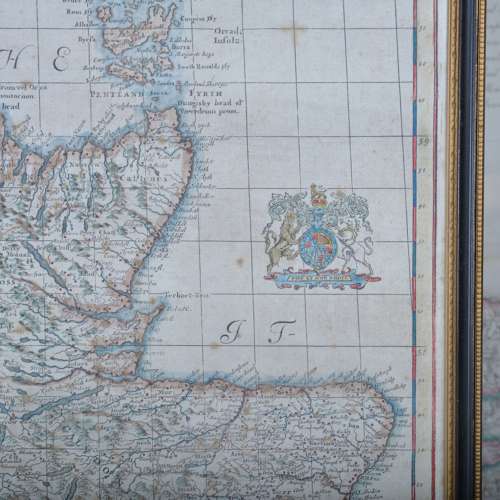 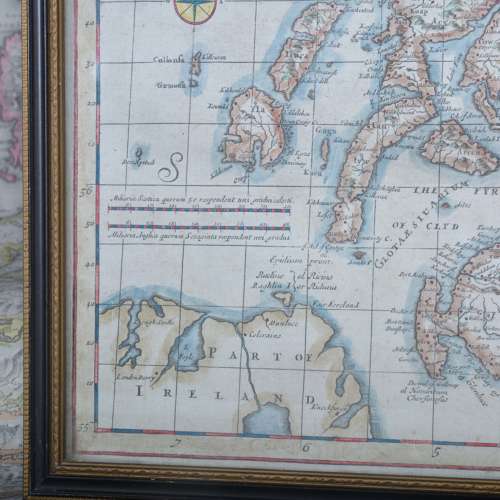 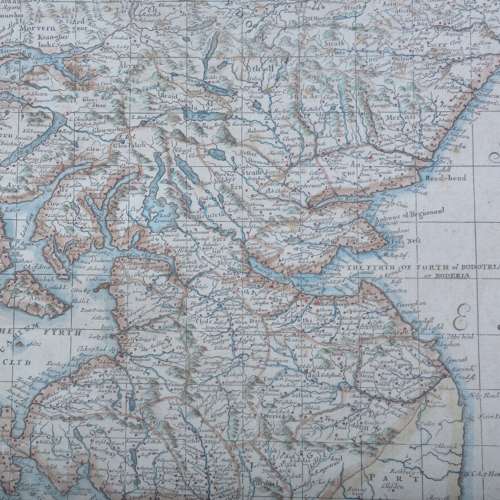 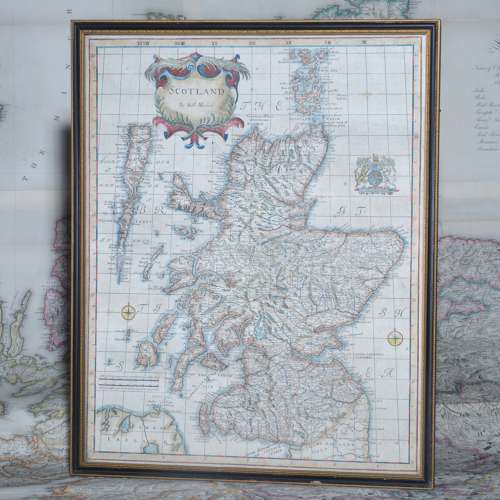 Map of Scotland by Robert Morden

Map of Scotland by Robert Morden

This map was first published in Camden's Britannia by Abel Swale, Awnsham and John Churchill, in London, in 1695.   Title in decorative cartouche at top with two scales of distance at lower left. Royal coat of arms top right. With centre fold as first issued.  In later editions the map was dissected into two maps for North  and South.

Condition: A well struck impression of this map of Scotland with neat hand colouring, a couple of odd foxing spots.  Framed in a gilt ebonised frame with gallery label for 'Aitken Dott, Edinburgh' this gallery is now The Scottish Gallery, the frame has a couple of small chips to the bottom edge.