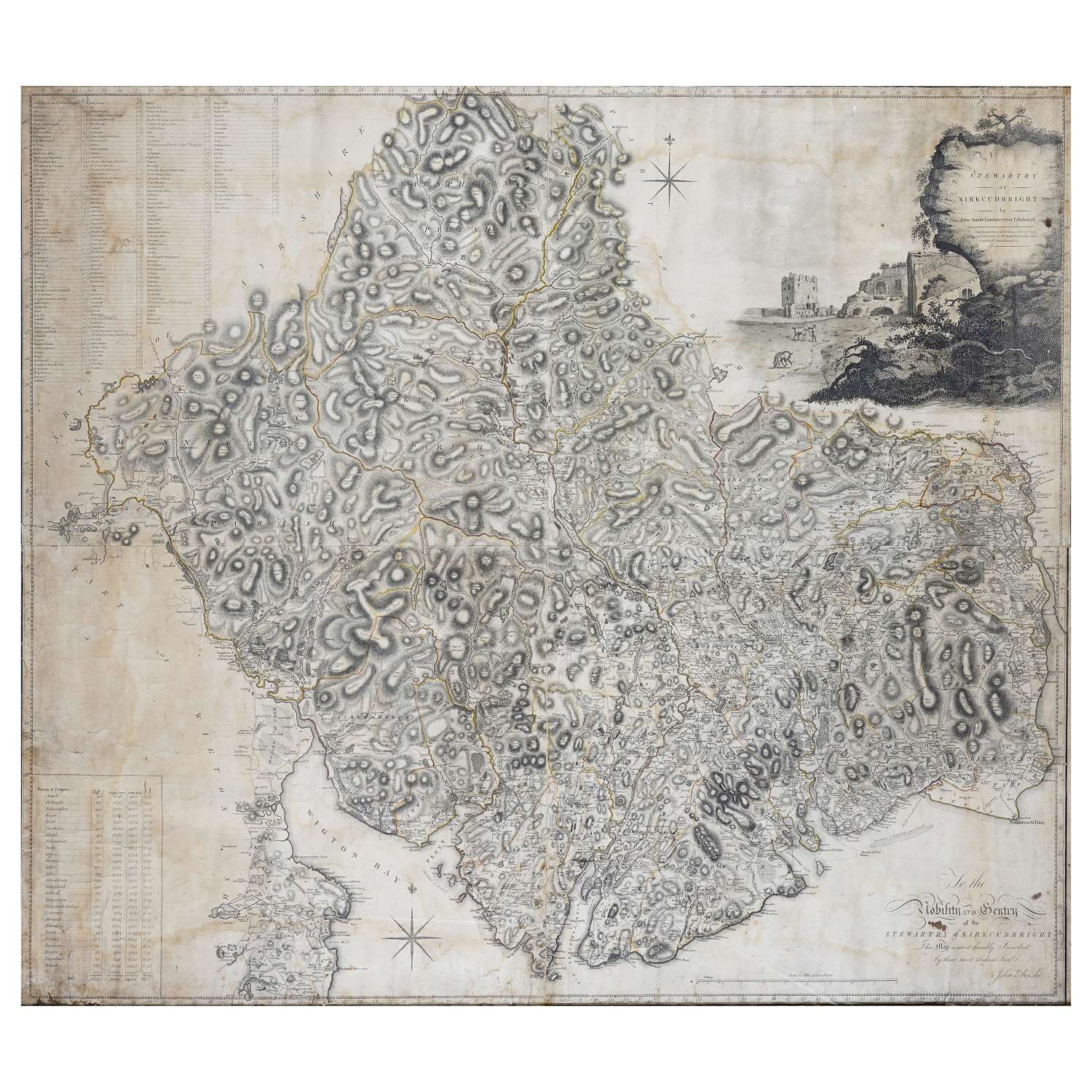 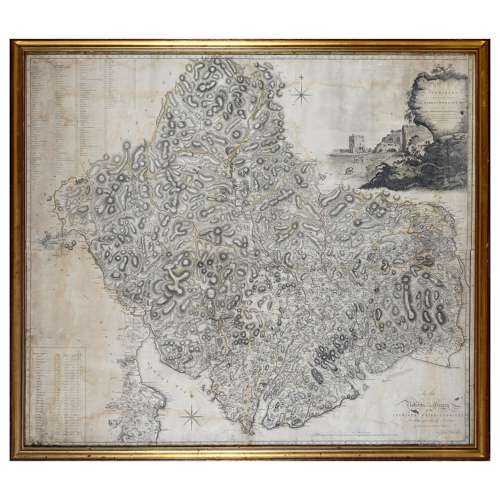 Large Scale Map of Kirkcudbrightshire in Dumfries and Galloway

Condition: The engraving is crisp and well struck, the whole map is slightly age toned and with some light staining, the map is not laid down so it does not lie quite flat beneath the glass.
John Ainslie (1745–1828) was the most outstanding cartographer of the 18th Century to have produced maps of Scotland, his Map of Scotland published in 1789 was the benchmark map of Scotland.  He also produced a vast range of estate plans and town plans as well as national maps and charts during his prolific career.  This map of Kirkcudbright published a few years later was one of the few counties of Scotland that he charted in such detail.